Estonia's Kaia Kanepi rallied from a set down to topple world number two Aryna Sabalenka 5-7 6-2 7-6(10) on Margaret Court Arena in a tight contest to reach the Australian Open quarter-finals for the first time. 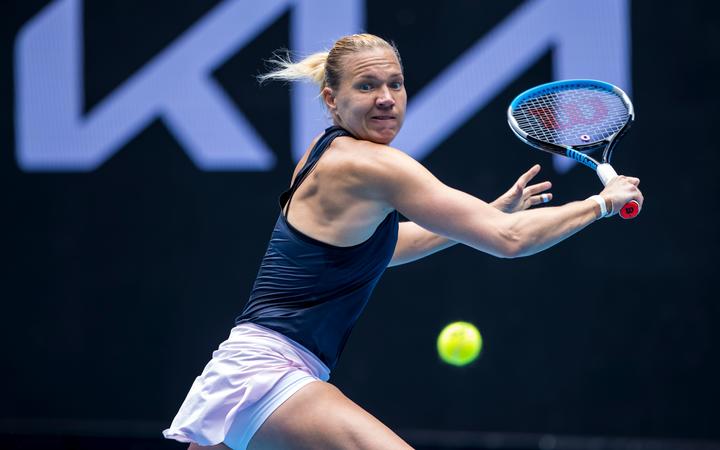 Having surrendered the opening set for three matches in a row, Sabalenka took a one-set lead for the first time in Melbourne but was unable to build on it as her serving issues resurfaced once again.

The Belarusian committed 15 double faults in another error-strewn performance, five more than she had in her third-round win over Marketa Vondrousova.

The Estonian finally prevailed in the third set tiebreak, taking advantage of a string of unforced errors from Sabalenka to convert her fifth matchpoint and complete the upset.

"I think I would be more happy if I won after two, three matchpoints," Kanepi told reporters. "It was really close, I almost lost the match.

"My hand was shaking when I started serving in that game. I didn't make any first serves in, and that added to the pressure.

"I almost didn't (recover). I guess I was just lucky at the end. So close."

Men's favourite Daniil Medvedev labelled the tennis tour's bathroom break rule as "stupid" after rowing with the chair umpire about freshening up during his sweaty fourth round win over Maxime Cressy.

Russian Medvedev barked at French chair umpire Renaud Lichtenstein over the recently updated rule which limits players to a maximum of three minutes off the court, with an additional two if they opt for a change of clothes.

After closing out a tough 6-2 7-6(4) 6-7(4) 7-5 win over American Cressy on a sweltering day at Margaret Court Arena, the second seed said players needed more leeway to freshen up on days of extreme heat. 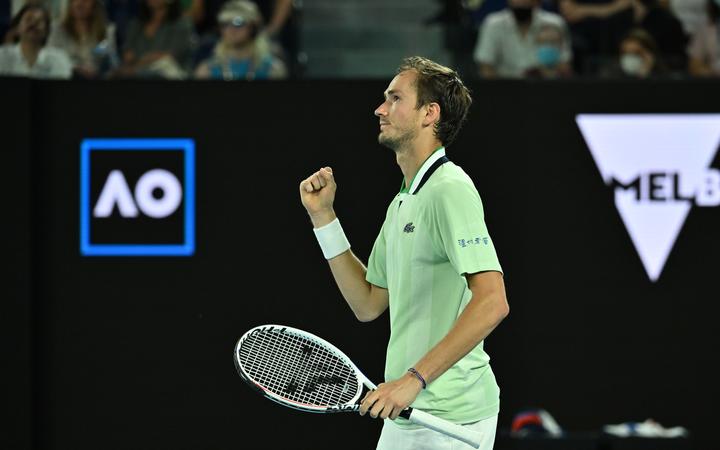 "The thing is that I know that in the 35 (degree) heat, when you're playing in the sun, I'm going to want to change after two sets because you're going to get wet," he said.

"So I don't see any logic in these rules, so hence I can call this stupid."

Medvedev, runner-up to Djokovic last year, will play Canada's Felix Auger-Aliassime for a place in the semi-finals.

Meanwhile fourth seed Stefanos Tsitsipas survived an attritional fourth-round battle with American Taylor Fritz, twice coming from a set behind to win 4-6 6-4 4-6 6-3 6-4 and the quarter-finals.

Tsitsipas has set up a clash with Italian Jannik Sinner when he will be seeking to reach the semi-finals here for the third time in his career.