World number two Daniil Medvedev felt he was at his best during his 6-4 6-4 6-2 win over Dutch Botic van de Zandschulp as the Russian reached the Australian Open fourth round to stay on track for a second successive Grand Slam title. 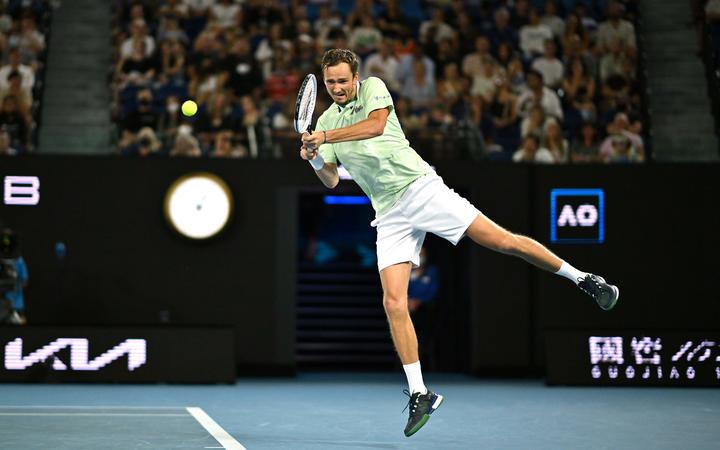 Van de Zandschulp, ranked 57th in the world, was the only player to take a set off the Russian when the pair clashed in their previous meeting at last year's U.S. Open, which Medvedev went on to win for his first major title.

Medvedev, the highest-ranked player remaining in the men's draw due to the absence of Serb Novak Djokovic, made it look easy on Saturday, breaking his opponent's serve four times in the match to win in under two hours at the Margaret Court Arena.

"Today was I think the best match because, to be honest, the score doesn't say everything about the match," he said.

For a place in the quarter-finals, the 2021 Melbourne Park finalist will next meet American Maxime Cressy, who defeated Australian wildcard Christopher O'Connell.

Elsewhere in the men's draw fourth seed Stefanos Tsitsipas staved off the incendiary Benoit Paire to reach the fourth round on Saturday after a tough 6-3 7-5 6-7(2) 6-4 but was oblivious that he had won after converting match point.

Paire dunked a forehand into the net on the first of three match points on a steamy afternoon at Rod Laver Arena, but fourth seed Tsitsipas walked to the back of the court rather than approach the net as fans cheered in the terraces.

The Greek turned on his heel with surprise on his face when the result was called over the loudspeaker by the chair umpire.

He then jogged forward to acknowledge Paire before bounding around the court with a proper celebration.

French Open finalist Tsitsipas will meet American Taylor Fritz for a place in the quarter-finals, as he continues his bid for a first Grand Slam title.

However, fifth seed Andrey Rublev is out after the Russian lost to Croatia's Marin Cilic in four sets. 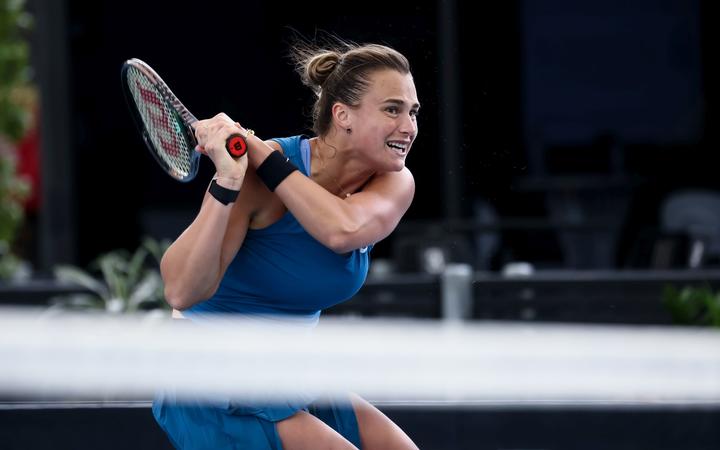 In the women's draw world number two Aryna Sabalenka showed her fighting qualities again as the Belarusian came back from a set down to defeat Marketa Vondrousova 4-6 6-3 6-1 and move into the fourth round.

Sabalenka surrendered the opening set for the third match in a row, overcoming early serving issues to pummel the Czech into submission.

"I'm really happy right now and mostly I'm happy that I made only 10 double faults," Sabalenka said in an on-court interview.

She will meet Kaia Kanepi in the next round.

And Alize Cornet celebrated her 32nd birthday by staging a stunning comeback to reach the second week -- 13 years after the Frenchwoman last made the fourth round at the Melbourne Park major.

The former world number 11 fought back from a set and a double-break down to beat 29th-seeded Tamara Zidansek of Slovenia 4-6 6-4 6-2 in two hours and 43 minutes at Margaret Court Arena.

Cornet, who has slipped to 61st in the rankings and has said the 2022 season could be her last on Tour, said she was moved after the crowd sang 'Happy Birthday' to her.