The governing body of tennis says it won't be following the Women's Tennis Association in suspending tournaments in China because it "does not want to punish a billion people".

The WTA has halted tournaments in the region because of continued concern for Chinese player Peng Shuai, who has accused a top government official of sexual assault.

"As the governing body of tennis, we stand in support of all women's rights," said David Haggerty, president of the International Tennis Federation. 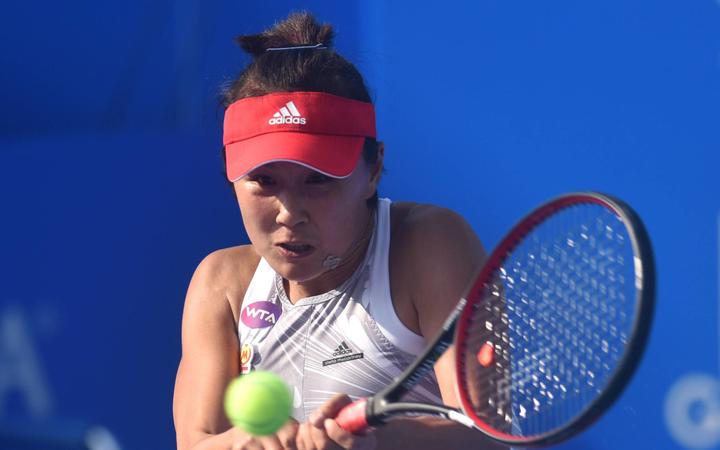 Peng, 35, was not seen for three weeks after going public with her allegations.

"The allegations need to be looked into, and we will continue to work behind the scenes and directly to bring this to resolution," Haggerty told BBC Sport.

"But you have to remember that the ITF is the governing body of the sport worldwide, and one of the things that we are responsible for is grassroots development.

"We don't want to punish a billion people, so we will continue to run our junior events in the country and our senior events that are there for the time being."

The WTA said it had "serious doubts" that Peng was "free, safe and not subject to intimidation" and that it was concerned about potential risks to players and staff if it went ahead with events in China.

In response, China has said it "opposes the politicisation of sports".

WTA chief Steve Simon has been praised by many current and former players for putting principles above pockets.

However, the ATP, which oversees men's tennis, has been criticised for not following the WTA's stance.

A statement from the ATP on Thursday said it believes "having a global presence gives us the best chance of... making an impact".

The ITF has repeatedly said that its primary concern is Peng's wellbeing.

"We will continue to analyse the situation but we feel that growing grassroots and making tennis available is an important element," Haggerty added.

"We will continue those efforts in conjunction with the Chinese Tennis Association."

Peng has had two video calls with the International Olympic Committee, which says it will have a "personal meeting" with the former doubles number one in January.

She disappeared after accusing former Vice-Premier Zhang Gaoli of sexual assault, with international sports stars and governments calling on China to provide proof that she was safe.