One of New Zealand's most celebrated road and track cyclists, Rushlee Buchanan, has announced her retirement from the sport. 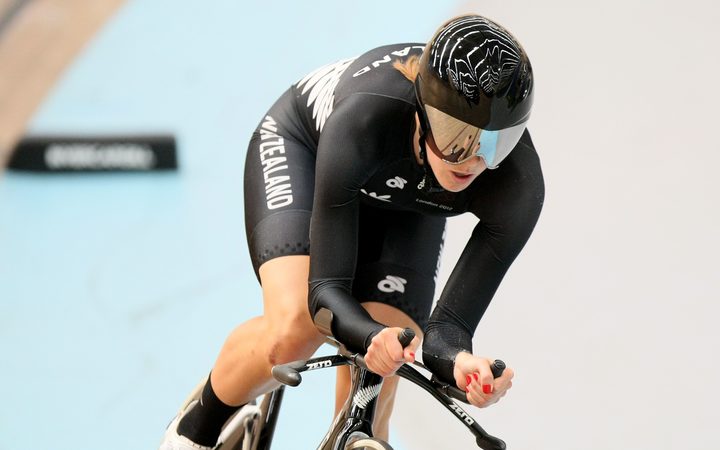 On the track she has won four world championship medals including the only New Zealand female to medal in the omnium.

She won a silver at the 2018 Commonwealth Games and has competed in three Olympic Games.

Buchanan spent over a decade as a professional on the road, mostly in USA, and when returning home in her off-season, she won four national road championship titles - the most by a female rider - and one time-trial.

Additionally, she has won the New Zealand Criterium Championships on four occasions.

The born-and-raised Waikato rider first came into prominence as a 17-year-old when she won the silver medal in the points race at the UCI World Junior Track Championships.

Buchanan was among the first female riders in Cycling New Zealand's high performance programme, and based fulltime at the Avantidrome in Cambridge since it was opened in 2014.

Latterly Buchanan has been the chair of the first Athlete Voice Committee established to give riders' a direct link with Cycling New Zealand's governance.

"I have loved every bit of my cycling journey and I am grateful for all the experiences and learnings, even the hard ones," Buchanan said.

"I am still passionate about the sport and love riding, but it's now time to give my energy to something else - what that is I don't know yet."

Cycling New Zealand said Buchanan's contribution to the sport both on and off the bike had been significant.

"Given all that Rushlee has contributed to cycling in New Zealand, there is no doubt she will continue to help grow the sport in different ways," Cycling New Zealand chief executive officer, Jacques Landry said.

"She epitomises a successful high performance athlete - driven, committed, hard-working and talented on the bike and with professionalism and good nature off it. She is that wonderful mix of being an extremely popular teammate who is always a fierce competitor."