Analysis - The build towards the Black Ferns' historic 100th test match this weekend, against England in Exeter, has come during an interesting few weeks for women's rugby in New Zealand. 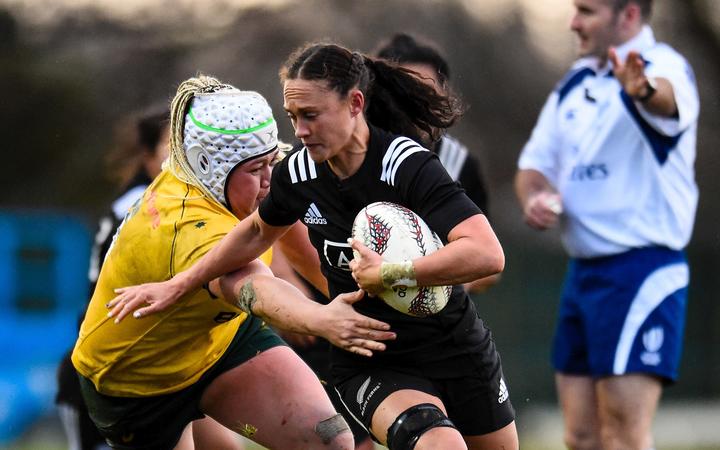 Les Elder in action for the Black Ferns. Photo: Photosport

The stories that have unfolded are very much a microcosm of the news cycle that has enveloped it over the past couple of decades, with the very positive news of the announcement of Super Rugby Aupiki and the national side finally being able to play a proper test after a two year absence. Then there was the very negative, with the Farah Palmer Cup (FPC) final blighted by the unavailability of its best players and substandard officiating.

That seems to be the way it goes for the women's game: Very good or very bad with very little nuance in between. With Aupiki on the horizon and a World Cup on the way, this is probably something to be addressed if the game is to take the step into the hearts and minds of a fanbase that it needs, in order to not only be sustainable but to avoid the same polar narrative that's seen it play a distant second to the men's game for three decades now. A professional competition with an eye on expansion is necessary for the game to do so, but it's not going to come without its challenges, something that 25 years of pro men's rugby makes evident.

Cate Sexton, the outgoing general manager of the women's game at NZ Rugby, admits that what they are hoping to see from Aupiki is "a really good question".

"First and foremost next year, Aupiki is an opportunity for players to put their hand up for the World Cup. Beyond that it's a stepping stone for players coming out of FPC … as the game progresses the gap will widen between those playing internationally and the amateur game. Having 112 playing in Aupiki makes it easier to have that base to select from," she says.

However, making this financially sustainable will "take long term investment".

"We need to build a new product but also trust and confidence in potential partners. Men and women play rugby by the same rules, but we're right at the start of professionalism."

Sexton brings up an interesting point there.

Women's rugby is often separated from the men's game but as much as it legitimately has its own unique identity, the addition of money, broadcasting expectations and subsequent media scrutiny is going to bring them far more into the same space as the All Blacks and Super Rugby teams. This manifested itself in a most auspicious way during the Farah Palmer Cup final a few weeks ago, when what should have been a showcase of many of the country's top players was curtailed by the Black Ferns' high performance requirements.

Having Canterbury and Waikato reduced to effectively scratch teams (having lost 15 players between them) on the same week that Aupiki was launched certainly pursed the lips of those of us old enough to remember the days of All Blacks regularly playing in the NPC compared to what a shell of a competition it is now. But at least it's still going, which is something that women's rugby needs to have a good think about as it prepares to pour cash into the top end and hope it translates into sustainable player numbers.

That's because the much vaunted 'growth' over the last few years isn't really what it appears to be, which is something that Sexton is refreshingly honest about.

"I think it is certainly a work stream that needs focus, because the global rugby calendar has a trickle down effect on the domestic competitions. Aupiki is at the front end of the year and the club window shortens up. What does that mean now for the clubs? What needs to change? It is an evolution piece and that's a fair point.

"We need to make sure and celebrate that when girls leave school they can continue their rugby experience, so what are the clubs doing to create the environment? There's a whole piece of work in there that needs to be addressed, and that's not coming from NZ Rugby, that's coming from the provincial unions and clubs themselves." 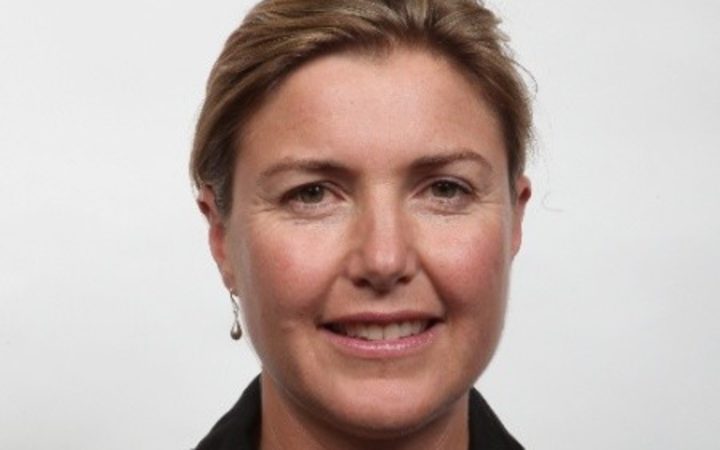 To put it into context, while women's rugby numbers have grown among schoolgirls, at senior club levels aren't anywhere near what the men's participation rate is. Even then, schoolgirl grades are one team per school only and more growth in that area presents one big barrier, as the many boys' grades are divided up by weight, boosting participation by reducing the chance of injury. Asking teenage girls to get on a set of scales in order to take the field doesn't seem particularly realistic.

This year Auckland, Counties-Manukau and North Harbour had to run a combined senior club competition, which was reduced to only five teams after a fortnight of 100 point mismatches. NZ Rugby's figure of 14,000 female players is, while something to be proud of, still 10 times less than netball. In fact, if netball was to use the all-encompassing metric that rugby seems to be doing, their figure jumps to a whopping 300,000 if all social grade players are counted. Sexton concedes that retaining girls and young women in a contact sport is a challenge.

"We're a sport that players will enter at quite different points, so it's not a linear pathway. We're trying to move with the trends, letting people dab in and out and not necessarily have to commit to a 15 week season for example so we're being quite flexible in that. We understand players come out of netball, athletics, soccer and that's great because it's really healthy that they have those opportunities. But they have to feel valued and worth their while. That's not just for women, but for everyone. We also have to grow those coaches to make those healthy environments."

That area is the most glaringly obvious. All of the Aupiki sides are to be coached by men, as are all but one of the FPC teams. In the upwardly mobile world of career coaching, women's teams are seen as entry level positions for men looking to get rep and eventually Super Rugby positions, a perception that will need to change dramatically if women are to fully be in charge of their own game.

Back at the top end though, with money comes expectations. Media interest will have to be more than the current cycle of player profiles and match reports if a larger fan base is to be engaged.

"Everyone has their own opinion and that's fine," Sexton says.

"The biggest thing about women's sport is that people hear about it, the women that are aspirational figures to those in their communities. There is a lot more local news can do to celebrate wāhine in sport, but any sort of discussion is welcome … we know not everyone will agree and that's OK because that's at least they're talking about it."

One thing is for sure: if Aupiki does turn out to be a roaring success then everyone will be patting themselves on the back. But professional sport is probably the most cutthroat business out there, so while players will hopefully be one day fully contracted, they will also find themselves out of a job if they don't perform. There's no lucrative Japanese or European league they can take their talents to if that happens, but Sexton is again upfront about that reality:

"Professional sport is not for everybody. It's not the same as getting a normal full time employment role, it comes with a high degree of uncertainty."