New Football Ferns coach Jitka Klimková is looking on today's 5-1 loss to Olympic champions Canada in Ottawa as a benchmark for the future. 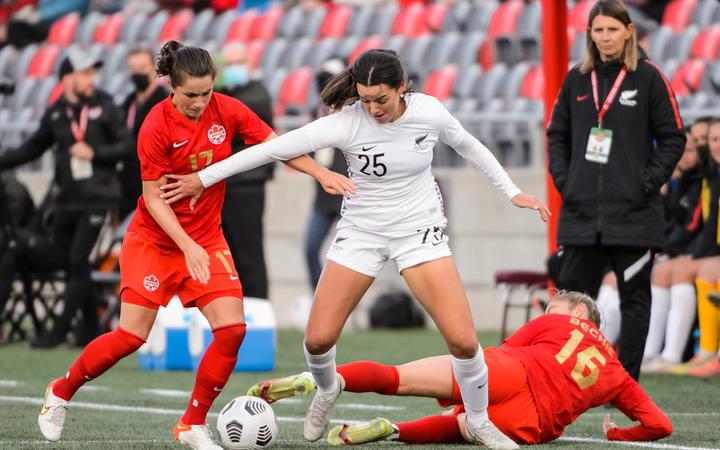 The Ferns trailed 2-0 at half-time, and 3-0 as the hour mark approached. A Ria Percival penalty in the 71st minute briefly reduced the margin, but Canada stayed well in control, finishing with a double from Adriana Leon.

While the scoreline was one-sided, Klimková took many positives from the match as her team work towards to next World Cup in Australia and New Zealand.

"For us, it's the beginning of our new journey - we approached it as a start, as a beginning, as a great opportunity to play against the Olympic champions. We want to get better every time we are on the field, so that's how we approached this game."

Along with the increased confidence in build-up play displayed by the Ferns, another positive note was the three debuts made by Amelia Abbott, Ava Collins and Jacqui Hand.

Ferns skipper Ali Riley said while the scoreline was disappointing, there were high notes too.

"I think the confidence we had playing out of the back, some of the spells of possession we had, some of the combinations - I don't know if that's something that we've seen a lot from the Ferns before, especially playing one of the top teams in the world.

"But this is also the beginning of our campaign... it's a great place for us to start."