Namibia upset Ireland in their final group game to advance to the Super 12 stage of the T20 World Cup in the UAE. 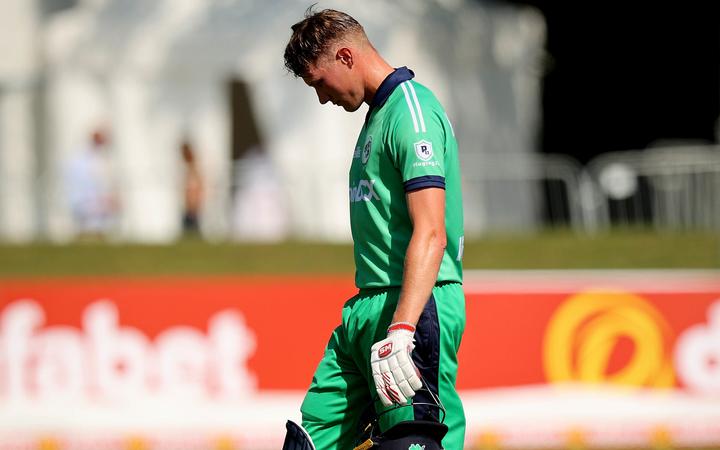 "I said in the press conference that we run a tight ship," an emotional Erasmus said after the win.

"It's a small country, and a small number of people play cricket. We should be proud of ourselves."

Opting to bat, Ireland got a decent start from Paul Stirling (38) and Kevin O'Brien (25) but could not capitalise on it.

Even after the openers fell, they were cruising at 71-2 at the halfway mark of their innings with captain Andy Balbirnie in the middle.

Balbirnie could not accelerate his strike rate though and was trapped lbw by Jan Frylinck (3-21) after making 21 off 28 balls.

None of the subsequent batsmen managed to reach double digits and Ireland eventually settled for a below-par 125-8.

Namibia began well and by the time Curtis Campher removed the openers, the associate nation were on course for victory.

Erasmus led by example with an unbeaten 53, while man-of-the-match Wiese remained not out on 28, sealing the victory with his second boundary.

"We didn't get enough runs," a dejected Balbirnie said after they crashed out of the tournament.

Former champions Sri Lanka, who had already secured their Super 12 place from Group A, routed Netherlands by eight wickets in a one-sided contest that lasted only 17.1 overs.

Sri Lanka lost two wickets before chasing down the paltry target in 7.1 overs to finish their preliminary round campaign with three wins in as many matches.