Opinion - So much for the Sam Cane captaincy era, then. Sam Cane, the designated All Blacks captain, is on tour with said All Blacks and destined to take the field in Sunday's (NZ time) test match against the United States. 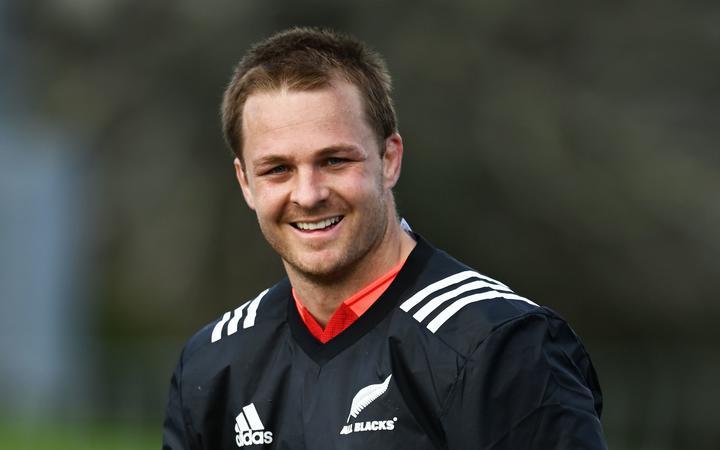 Sam Cane will join the ranks and relinquish his captaincy while on tour. Photo: PHOTOSPORT

Only Cane won't be captain. He actually won't even be vice-captain.

No, Cane will be given the next few weeks just to reacclimatise to rugby and find his feet and work his way back from injury - or however it was that team management spun this decision.

Come on, does a Sean Fitzpatrick go back to the ranks after an injury? Richie McCaw? Kieran Read?

On what planet does the All Blacks captain go on tour with the team but temporarily relinquish his position?

Cane was never many people's first choice to be All Blacks captain. It was rather apt, actually, that All Blacks assistant coach John Plumtree described Cane as "Ian Foster's captain'' this week.

Does that mean that he's no-one else's?

It actually reminded me of the 2012 T20 World Cup in Sri Lanka, when I asked New Zealand coach Mike Hesson if the Black Caps might ever entertain the idea of different captains for different formats.

Australia and South Africa, for instance, had begun to split the red and white-ball leadership roles and it seemed a reasonable question.

"All I can say is that Ross Taylor is the captain of the Black Caps and that's a board decision, and Ross and I are working hard to get there at this tournament,'' Hesson said.

I hadn't even mentioned Taylor, let alone hinted that he was under pressure or not unanimously supported.

Taylor saw out the tournament but his standing as a leader was instantly diminished and Brendon McCullum was installed as captain soon after.

Now, I'm sure Plumtree meant that, for as long as Ian Foster is All Blacks head coach, Cane will be the captain, but never mind. The man's standing, like Taylor's, has unfortunately been diminished here.

He's not guaranteed to start in his specialist position of openside flanker and he's now behind two other men in the immediate captaincy pecking order.

Can Cane return to the role in time? Franky, anything's possible given how insular the All Blacks can often be.

But anyone outside the group has to look at this situation and conclude that Sam Whitelock is now All Blacks captain.

If you want to talk about standing, then just look at his. Whitelock didn't travel with the team to Australia, due to impending parenthood, with Ardie Savea named as skipper in his place.

The consensus view is that Savea did a fine job. Plumtree said so himself.

But as soon as Whitelock, now a father of three, returned to the fray, he was instantly reinstated to the position he'd held while the team was in New Zealand.

"Bringing him back in, for us, is the right thing to do. The rest of the team is fine with that,'' Plumtree said.

Not least because Whitelock is the undoubted leader of this side and arguably should've been appointed as captain in the first place.

There's no disgrace in changing your mind or conceding you made a mistake. In this case, it just seems strange for the team to insist Cane is only temporarily being relieved of the "burden'' of captaincy.

"We have to give him time to come right and get his game right before he can take the responsibility of leading the All Blacks, which is obviously a massive one in terms of leadership,'' said Plumtree of Cane.

Come on. Either the man is captain or he's not. And, again, would any other All Blacks captain of stature agree to this kind of situation, or would any other coaching staff even think to undermine a skipper in this way?

But then these are the same people who never seem able to decide if Beauden Barrett or Richie Mo'unga is running the show from first five-eighth.

I wish Sam Cane nothing but success in his life. He seems a thoroughly likeable and decent bloke who typifies so much of what is good about rugby in New Zealand.

Modest and from a small town, Cane is a brave and honest player. He doesn't court publicity or controversy and has never let the jersey down.

But this arrangement is an odd one and further reinforces the view that he should never have been made captain in the first place.

And, as much as anything, it also brings him unwelcome and unwarranted scrutiny.

Had the All Blacks said Cane's back, he's captain and that's that, then that might well have actually been that. But in creating a scenario in which he's neither the skipper, nor the deputy, then his position has been put up for debate.

Put it this way, no-one will be shocked if Whitelock is finally given the job fulltime.