Paralympic gold medal-winning swimmer Tupou Neiufi has been taking multiple showers and baths each day just to feel the water as she copes with a lack of pool training. 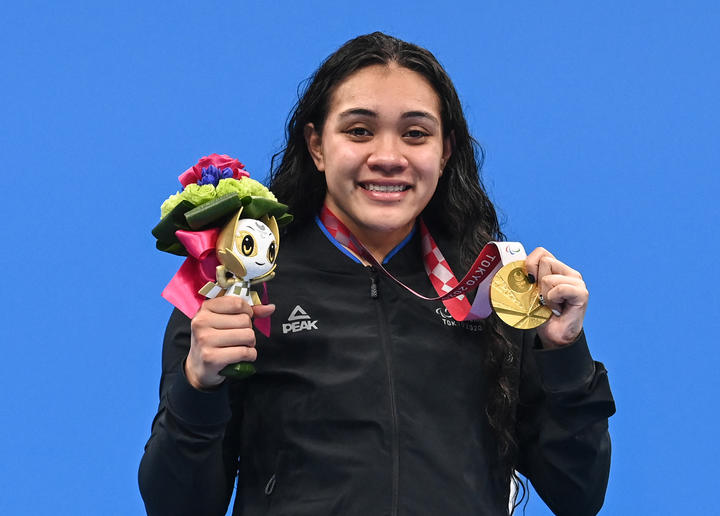 Unfortunately the 20-year-old hasn't managed to get back into the pool since her return.

She got out of MIQ on 19 September and because Auckland was in lockdown decided to move back in with her family in Māngere.

She had been flatting near her training base in Pukekohe.

"It's been crazy I've been itching to get back into training, it's been so long," Neiufi said.

"I've been taking multiple baths and showers in a day just to be able to feel the water."

With her success in Tokyo she admits there wasn't much discussion needed with her coach Sheldon Kemp to carry on and aim for next year's World Championships and Commonwealth Games.

"He said are you keen for next year and I said 'yep'."

Neiufi won silver at the 2019 World Championships. Her specialist event has been selected for the Commonwealth Games in Birmingham.

However, that seems a long way off especially as all she's been able to do at home is a few walks and some weight training.

Neiufi was hit by a car when she was just two years old, which resulted in a left sided hemiplegia, meaning she has paralysis on the left side of her body.

She tried other sports, but struggled to keep up and was persuaded to try swimming and was first identified by Paralympics New Zealand in 2011 as part of the Para Swimming Talent Identification programme. 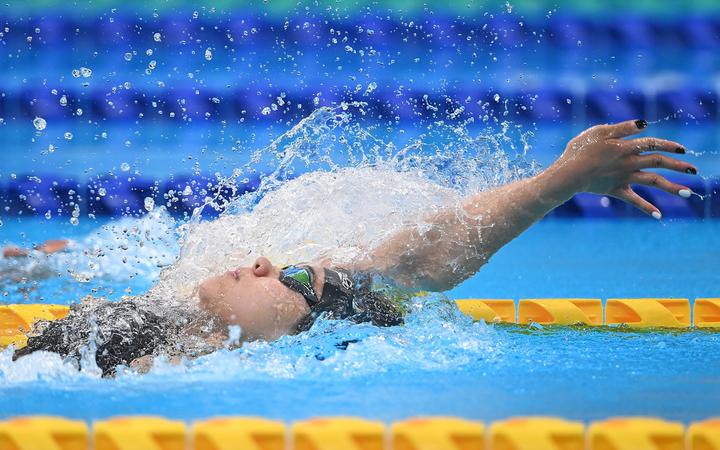 She can't wait for Auckland to drop to a lower Covid level so that she can get back into the pool.

"I miss the pool a lot, more than usual, this is the longest I haven't swum, but I'm trying to keep positive and hoping for the best."

She also has six younger siblings to deal with.

"Staying with my family, they drive me crazy at times, but spending time with them has really helped keep me grounded and sane which is really cool."

Her gold medal has been close to her all this time, but unfortunately she hasn't been able to physically show it off to people.

"I've been showing it over zoom calls and video chats with relatives but I'm planning on taking it around (eventually) to show it to friends and team-mates who are keen to see it."

It's been seven weeks since Neiufi last hit the pool and with limited land training since then she knows she's nowhere near where she'd like to be physically.

"I know I've completely lost it, I jumped on the scale yesterday and I was like that's not looking good, I've obviously had too much of those Tokyo celebrations the last couple of weeks.

"Also with swimming it's such a hard sport to stay consistent with so as soon as you're out of training for a week when you come back it's like going back to square one."

I know that first session back (whenever it will be) will be pretty much just struggling in the water so I'll be trying to make up for lost time.

Neiufi is hoping there will be some form of competition over the summer as she'll probably need to show she still has the form to confirm her place at the World Championships and Commonwealth Games next year.