Rugby premiership leaders Hawke's Bay have registered their first win over Canterbury in Christchurch for 53 years with a 45-26 win on Saturday afternoon. 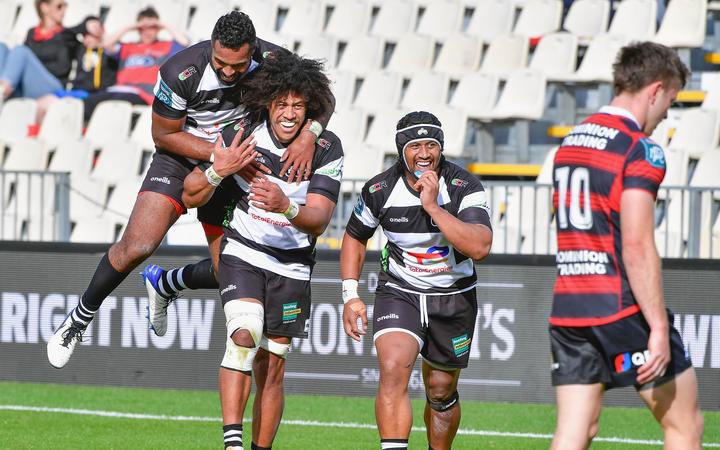 The win was set up with a dominant first half, with early tries to Stacey Ili and Geoff Cridge. The Magpies finished the spell strongly - Lincoln McClutchie, Danny Toala and Josh Kaifa all crossing in the eight minutes before the break to give the visitors a 33-7 lead.

Jacob Devery scored for the Bay three minutes after the restart, but Canterbury regathered with tries to Manasa Mataele, Luke Donaldson and Mitch Gibson.

But some sublime ball skills from winger Jonah Lowe secured the Magpies' seventh try to put the game beyond all doubt. 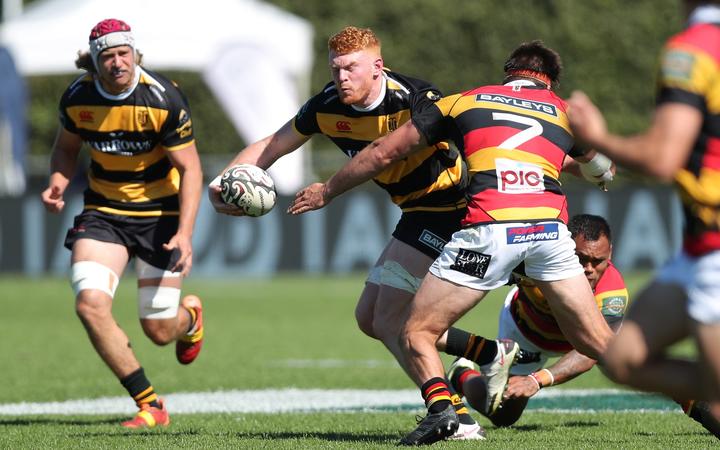 Earlier, Taranaki extended their winning streak to six matches with a 33-26 win over premiership side Waikato in Tauranga today.

Waikato outscored the visitors four tries to two, but the reliable boot of fullback Stephen Perofeta added 23 points from the tee in a match-winning performance.

Waikato hit the front 12 minutes into the second half when sevens star Beaudein Waaka crashed over in the corner from a quick tap.

D'Angelo Leilua scored for Waikato with 12 minutes remaining, the conversion chopping Taranaki's lead to 27-26 only for two more Perofeta penalties to wrap up the game for Taranaki. 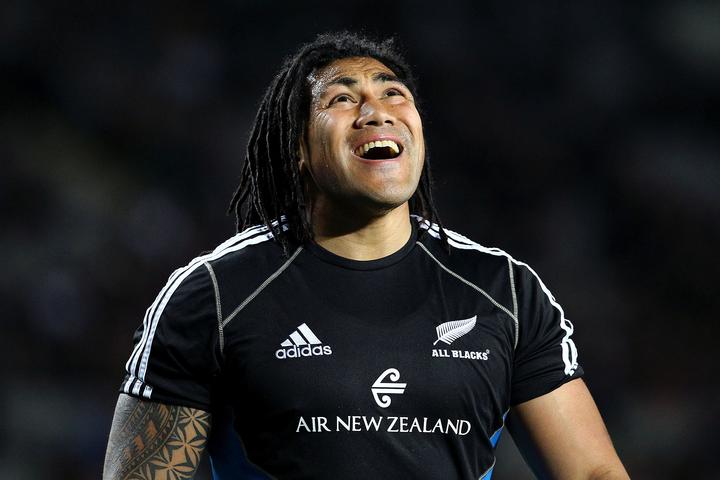 In a Heartland match, former All Black Ma'a Nonu came off the bench for Ngāti Porou East Coast in Ruatōria to help end the team's 54-match losing streak with a 50-26 win over Buller in the Heartland Championship.

The 39-year-old former All Blacks midfield back came off the bench for East Coast, who are coached by 14-test All Black Hosea Gear.