The chief executive of Waikato Rugby is reassuring the public they have done things safely and within the rules in moving their men's and women's teams out of Hamilton. 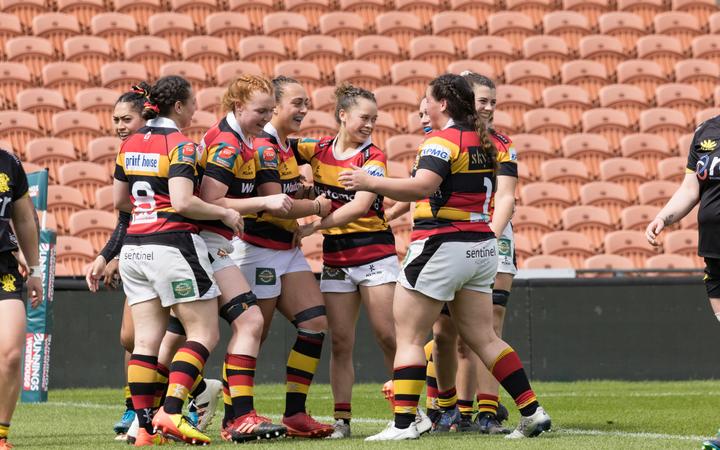 A total of 50 Hamilton-based players and staff relocated to Cambridge on Sunday night, just before Hamilton went back into Covid-19 alert level three.

New Zealand Rugby said the group were operating under strict Covid protocols at a facility in Cambridge, where they would remain until tests conducted on Sunday came back negative.

Waikato Rugby CEO Carl Moon said they were in immediate contact with NZR when the news broke of cases in the region.

"What it came down to really quickly was can we do this within the rules and do it safely. Not just for our players and coaches, but also the community.

"NZR have had a lot to do with the government in recent times around trying to support the three Auckland unions.

"They've got really clear contacts there and really clear instruction from the government on what you can and can't do."

The Waikato group were staying at the Podium Lodge, just outside Cambridge, with the two teams using separate facilities and separated from other guests.

Moon said neither team would return to training or the gym until all receivied negative Covid tests.

"They are isolating within their teams.

"They were tested yesterday by our medical staff. We're just waiting on the results of that.

"They can't operate outside their group or associate with anybody [else] until we're 100 per cent sure they're virus-free and they can get on with their training."

Issues had been raised during previous level changes around those trying to move regions before lockdowns came into effect.

Moon said he understood their move would raise some eyebrows, but wanted to reassure those who had questions.

"We've already had plenty of conatct from various people within the community asking questions about the decisions that we've made here.

"But we've got some really rigorous processes in place, some really clear protocols. The playing group and management are all acutely aware of what the expectations are.

"We are already at risk of losing [the three Auckland] unions. If we lost another one it would jeopardise the entire [competition]. We're trying to do the best we can and we understand some people won't agree with that."

The move would allow the Waikato women's side to play in the FPC final against Canterbury in Christchurch on Saturday, provided there was no change to the rest of the country's alert levels.

The squad were due to travel to Canterbury on Friday and would fly from Hamilton Airport, which was still operating under alert level two.

The Waikato NPC team had a bye this weekend, but Moon said it was possible the men's team may have to stay out of Hamilton for the rest of the NPC season.

NZR said the government's alert level announcement for the Auckland region on Monday afternoon would inform the next update on the NPC, specifically for the three Auckland-based teams.