All Whites coach Danny Hay says Gianni Stensness' decision to switch allegiance to Australia after playing for New Zealand at the Tokyo Olympics is a "kick in the guts". 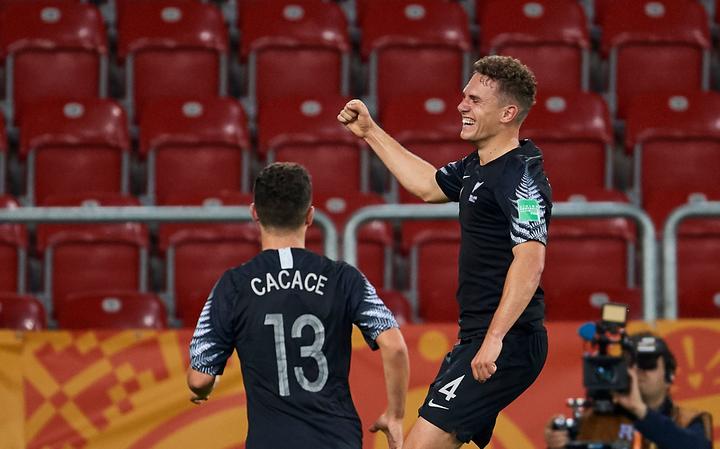 The up-and-coming centre back, also a former national under-20 representative, played every minute of the Oly Whites campaign in Japan.

But the 22-year-old had since informed Hay his international future lay across the Tasman, making him unavailable for selection in the All Whites squad named for next month's matches against Curacao and Bahrain, in Bahrain.

Hay was measured, but forthright, in his reaction to the situation, saying New Zealand's depth in that position meant it wasn't a critical loss to the squad.

"I'm not going to lie, it's disappointing. It was certainly a bit of a kick in the guts, and probably more so for his team-mates that he worked with in Japan.

"I understand he's born and bred in Aussie, he's spent just about his entire life there and feels like he's an Australian.

"He got put under pressure, I've no doubt, by the FFA (Football Federation Australia), and probably friends, family and agent as well...

"I'm sure he'd already been approached by Australia prior to the Olympics and kept that to himself. As a coach, that's disappointing he wasn't honest about that."

However, no New Zealand or Australian-based players had been picked due to Covid-19 travel restrictions on returning to both countries.

Hay said around four or five players missed out on the squad as a result.

"It would've been nice to have the opportunity to select anybody but given the border restrictions and MIQ situation it just wasn't possible.

"It's disappointing for them but the depth of talent we've got based offshore now, particularly Europe and the [United] States is a good sign of where we're at."

Among that group, Chris Wood, Sarpreet Singh and Liberato Cacace had all been included.

Ryan Thomas and Winston Reid were unavailable for selection for personal reasons, although Reid would join up with squad in a non-playing capacity in a mentoring role.