Missing their captain and vice captain proved too much for the Silver Ferns last night, and the England Roses got their first-ever series win on New Zealand soil. 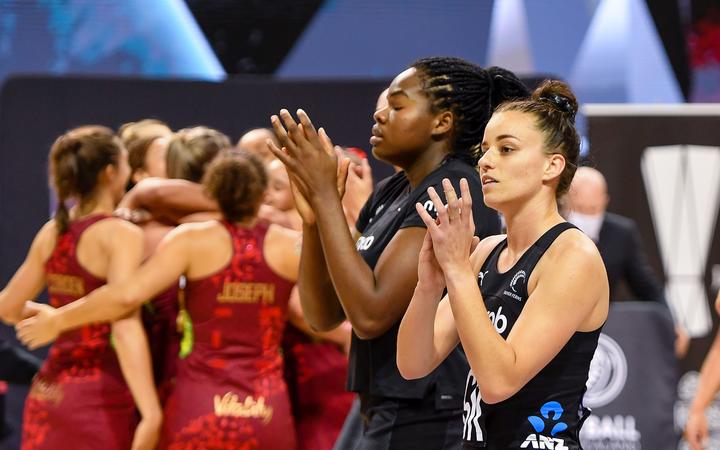 The Roses beat a depleted Silver Ferns 49-45 to win the Taini Jamison Trophy series in Christchurch 2-1 on the back of another second half comeback.

The Silver Ferns had a massive second quarter, to lead by 10 at half-time.

But England made some changes and cut the Silver Ferns' lead to just four going into the final turn, before over-taking the home side in the final quarter.

New Zealand were always going to be up against it last night.

Captain Gina Crampton was ruled out again with an adductor strain. The newly appointed captain only got to skipper the first Test.

Then vice-captain Sulu Fitzpatrick was a late scratching after hyperextending her knee at training on Thursday.

To add to the Silver Ferns woes, shooter Tiana Metuarau, who was having a great debut series - was not available following a strain she picked up in the second test.

Despite knowing they were also without world class players Jane Watson and Ameliaranne Ekenasio due to injury and pregnancy respectively, coach Dame Noeline Taurua still thought her side was capable of the win.

"We know we've got fire power [coming back] - they are going to make a difference when they do [return] and take the court." Dame Noeline said.

"Not only in their maturity but also that big game presence so that is an upside but in saying that I thought we had enough within our current squad.

She said the Silver Ferns became reactive, rather than proactive when the Roses made substitutions.

Dame Noeline said the series had shown her where the gaps were and where people needed to improve.

"It's a starting point where I know where players are at." 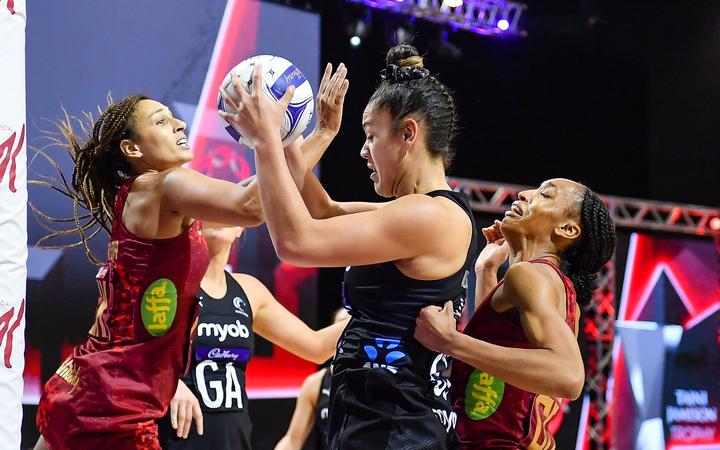 Sam Winders became the third captain of the series when she stood into the role last night.

Three players debuted during the series - Tiana Metuarau, Grace Nweke, and Georgia Tong, who was promoted from the development squad for last night's Test.

Winders, who captains Tong at the Magic was thrilled for her team-mate.

"She's taken a different route to get to where she is now. She's not your standard come through the age groups and progress out of high school into a franchise team," Winders said.

"She turns 27 this year but she's a tick the box kind of girl and she does the work behind the scenes so just very proud of her because it's testament to the fact that she works blimmin hard and it was very cool to see her get a run out there tonight."

Dame Noeline said it was a shame she couldn't give Metuarau more court time, as she had really stood up in the first two Tests.

"It would have been quite nice to see what else she could do under fatigue and see the smarts."

Uncapped players Jamie Hume and Kate Heffernan didn't get on court during the series.

Winders backed up her Constellation Cup form by playing nearly every minute of the series and "owning" the wing defence position.

"And quite reliable not only defensive but also her ability to take the ball from one end of the court down to the other and we rely on her hugely to be able to do that so she worked really hard and that's the Sam way so it's pretty cool that she's able to do that again," Dame Noeline said.

It was the second consecutive series where the Ferns only had three circle defenders.

"Defensively that's what we've always been renowned for is to turn over ball and we didn't do enough in that second half, we became reactive."

She was pleased for Kelly Jury, who missed out on selection for the Constellation Cup in March after not meeting the fitness standards.

"Her work rate has definitely gone up another notch and her attitude and no die sort of attitude. And the ability to move her to goal defence as well is definitely a bonus. Her height is a point of difference and not only that now but with her engine she's starting to become a menace." 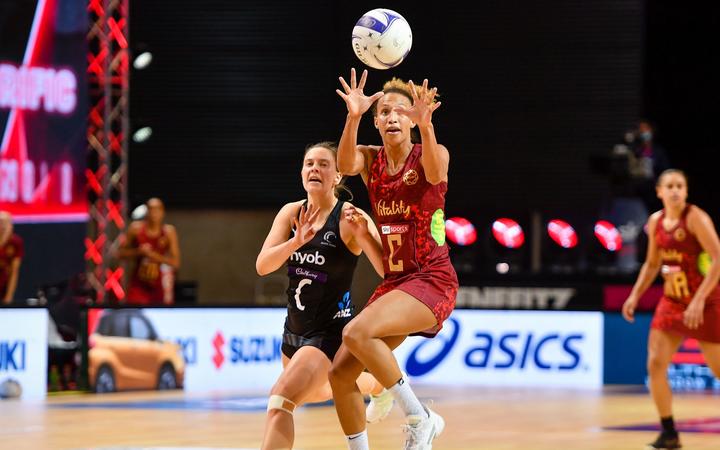 The third Test saw another shooting combination with Maia Wilson at goal shoot and Te Paea Selby-Rickit at goal attack.

"I thought they handled themselves really well and if anything especially Te Paea she hasn't really had a lot of game time for a long time so if we look at their roles and responsibilities they ticked their boxes."

Dame Noeline said the series was a good reminder of how dangerous the England Roses were.

Shooter George Fisher was MVP in Test two, but after the Silver Ferns put the heat on her early, Eleanor Cardwell took her place at goal shoot and had a fine performance.

Dame Noeline is also mindful of the fact that star shooters Jo Harten and Helen Housby weren't available for the series.

"There's going to be some quality players that miss out [for England] ...all four of those players are world class. I think they are like 250 more caps than us they showed they are the Commonwealth [Games] gold medallists."

The Silver Ferns are taking on a New Zealand Men's Invitational team in a three-match series starting 10 October in Hamilton.

Dame Noeline said applications had been made for extensions to the four Auckland based players exemptions, that would allow them to compete in Hamilton.

She said work was still going on behind the scenes to try to get a Constellation Cup against Australia before the end of the year.