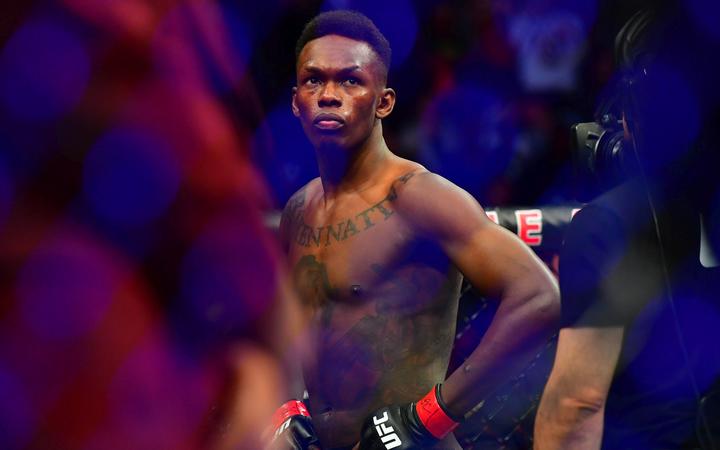 Speaking on his official YouTube channel, the mixed martial arts star has hit out about the treatment of his team-mate Dan Hooker and frustrations with the MIQ system.

Since becoming the UFC world champion in 2019, Adesanya has made clear his desire to defend his middleweight title on home soil.

But the 32-year-old, who hasn't fought at home since joining the UFC in early 2018, said those dreams were now dead.

"You will never see me fight in New Zealand ever again.

"All that money, they can get it from somewhere else. Their rugbys, their crickets and all the others they're giving exemptions to, but you will never ever see me fight on these shores [again].

"That was one of my dreams, to headline a stadium in my backyard. That dream's dead in the water ... that's just the way I feel right now"

Adesanya's frustrations have boiled after Hooker, his team-mate at City Kickboxing, had preparations for his fight in Las Vegas on Sunday heavily impacted.

Police twice shut down training camps during level four lockdown, after allowing a group of fighters to form a bubble at the Auckland gym during previous Covid lockdowns.

"The constant effort to stifle, break up and disrupt our team, City Kickboxing, from helping our team captain get ready for his fight, that's pissed me off the most," Adesanya said on his YouTube channel.

"I already know they don't like me, the bureaucrats of this country. 'Oh, he talks too much, he's not humble enough, he doesn't represent a true Kiwi'. That's a built-in excuse.

"Also they're racist, they don't want a black boy representing New Zealand ... but Dan drapes this country over his shoulders. He puts this country on his back." 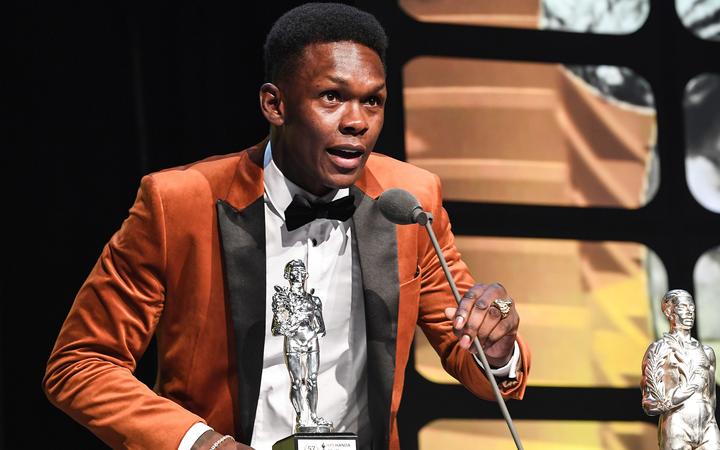 Israel Adesanya makes his acceptance speech after winning the Halberg Award for 2019 NZ sportsman of the year. Photo: Andrew Cornaga/Photosport

Adesanya then quoted an RNZ story from last week which listed all the teams and athletes which had been allocated rooms in MIQ between November this year and March next year.

The list almost exclusively featured major codes, a trend which was not going down well with some other sports and leading New Zealand athletes.

Olympic bronze medal-winning triathlete Hayden Wilde, golfer Ryan Fox and multisport star Braden Currie have been among those to voice concern about the impact the MIQ troubles were having on their careers and general ability to get home.

Adesanya, who has been through MIQ multiple times after fighting overseas, has also previously spoken about the fact several major codes were being given MIQ exemptions, while other sports were not.

When it came to the country's UFC stars, Adesanya indicated they deserved better.

"They don't understand that we're the biggest sporting team out of New Zealand right now.

"I'm not talking in history, because we're only just starting, but right now, putting New Zealand on the map. We're the ones bringing eyes to New Zealand."