Silver Ferns shooters Jamie Hume and Tiana Metuarau are in line to make their senior international netball debuts in tonight's first test against England in Christchurch. 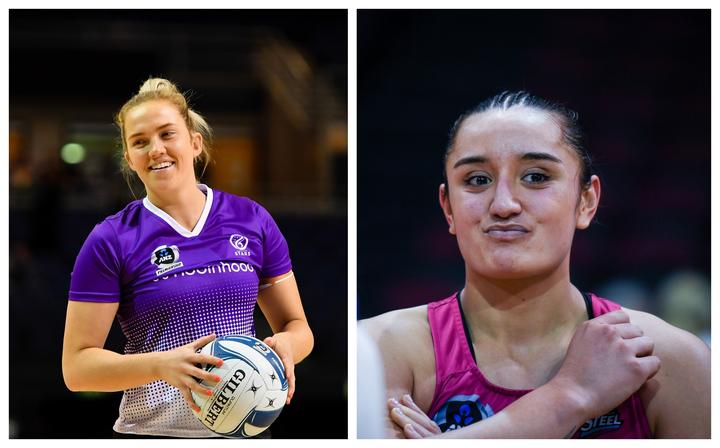 Jamie Hume (left) and Tiana Metuarau (right) have been named in the Silver Ferns' 12 for the first test against England. Photo: Photosport Ltd 2021

The new Ferns squad members have both been included in New Zealand's 12-strong team for the series opener, with coach Noeline Taurua having trimmed her wider playing group from 18.

Hume and Metuaau are vying for the Ferns' goal attack bib in the absence of captain Ameliaranne Ekenasio, who's unavailable due to pregnancy.

Hume, 25, was the highest scoring GA in this year's ANZ Premiership and formed a strong partnership with Silver Ferns goal shoot Maia Wilson.

Metuarau, 20, had a breakout season with the Southern Steel and recorded an impressive 81% shooting percentage.

Wilson and Tactix goal attack Te Paea Selby-Rickit are the other shooters in the New Zealand 12.

"Definitely someone in the shooting circle has to stand up a bit more now, which is 100% fine," Wilson said.

"I'm glad that I have the likes of Te Paea Selby-Rickit, who has been in the environment for just as long as I have and I have worked alongside the likes of Jamie Hume and Tiana Metuarau before." 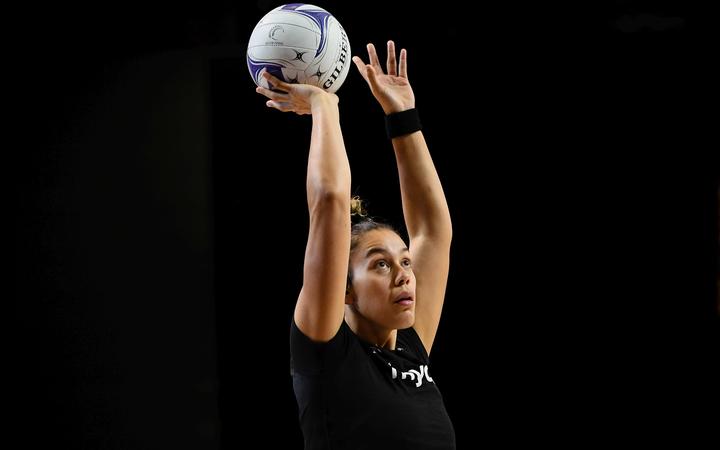 The ANZ Premiership's most prolific shooter, Grace Nweke, hasn't been included in the Ferns' 12 having been one of four late arrivals in Christchurch.

Nweke, Gina Crampton, Sulu Fitzpatrick and Peta Toeava were only granted exemptions from the government on Thursday to leave Auckland.

Toeava, the grand final MVP, has also been left out of first test side, but Crampton and Fitzpatrick will both play against England.

Crampton will lead the Silver Ferns for the first time, with Fitzpatrick serving as vice-captain.

Maddy Gordon, Claire Kersten, Shannon Saunders and Samanatha Winders are the other mid-courters in the New Zealand team, with Fitzpatrick one of just three specialist defenders alongside Karin Burger and Kelly Jury.

Kate Heffernan is the other Silver Ferns squad member to miss out on selection, along with development players Georgia Tong, Paris Lokotui and Kimiora Poi.

Tong, Lokotua and Poi joined the squad in Christchurch before the Auckland quartet were cleared to travel.

The first test is scheduled to start at 7:30pm, with the second and third tests on Wednesday and Friday.