Former Black Cap Chris Cairns has spoken in public for the first time after suffering a major heart incident in August that left him partially paralysed. 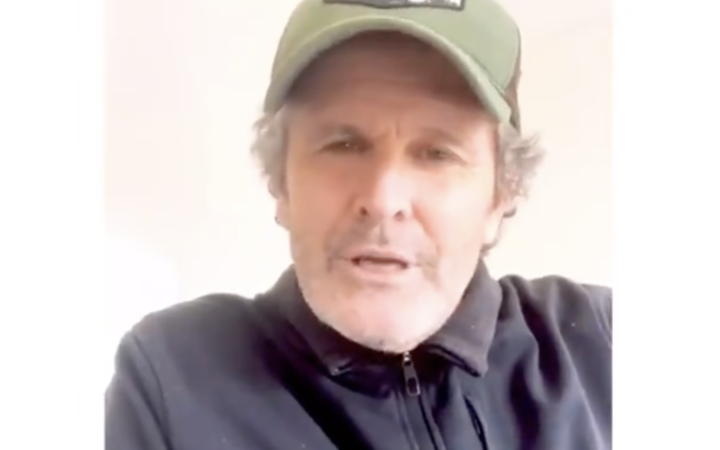 Cairns posted a message on social media tonight thanking his doctors and his well-wishers as he continues to recover in Australia.

Cairns, 51, suffered an aortic dissection - a tear in the body's main artery - last month in Canberra and was rushed to Sydney's St Vincent's hospital where he spent a week on life support.

"I had several surgeries and grafts and very thankfully, the specialists were able to save the heart itself," he said in the short video posted online.

"One of the complications that arose was a spinal stroke which itself will provide me with possibly the greatest challenge that I've ever faced in rehab going forward."

It’s been a big 6 wks. On 4th August I suffered a Type A aortic dissection, a rare but serious condition. I required emergency surgery and from there a range of complications ensued and I ended up suffering a spinal stroke. A long road ahead, but I’m grateful to be here. ❤️ pic.twitter.com/ylRoz2HmPF

Regarded one of the best all-rounders of his era, Cairns played 62 tests, 215 one-day internationals and two Twenty20 matches for New Zealand between 1989-2006 before becoming a television pundit.

Cairns thanked the doctors, nurses, surgeons and specialists in Canberra, Sydney and elsewhere who have helped him.

"You saved my life," he said, and also thanked the supporters who have reached out to him and his wife Melanie.

"Uplifting, humbling, and so, so special."

"I'll keep posting to keep you along with the journey as it goes," he said. "But please, thank you so much, and much love to everybody."