An All Blacks team that seemed doubtful and disjointed during Ian Foster's first year in charge now appear on the verge of something special as they look to welcome a slew of top-shelf reinforcements to their Rugby Championship campaign. 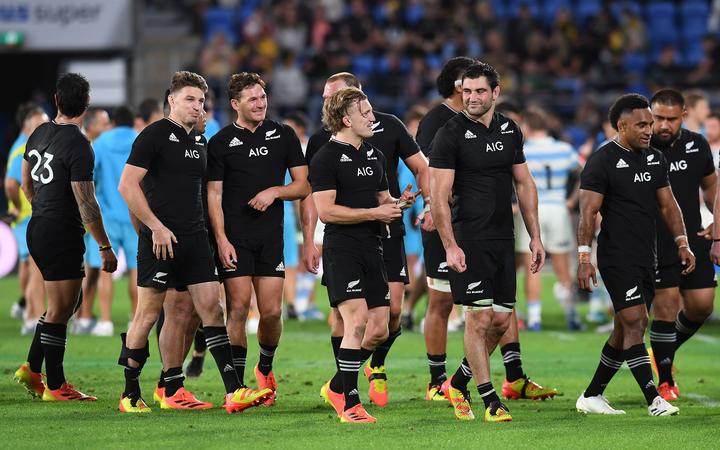 After thrashing Australia at Eden Park and Perth, the All Blacks further underlined their strength and depth with a 39-0 shutout of Argentina on the Gold Coast on Sunday.

With about 10 first-choice players resting, injured or left home in New Zealand, the Brodie Retallick-captained All Blacks racked up five tries to banish memories of their shock defeat to the Pumas in the Tri-Nations last year.

Players usually condemned to toiling on the fringes have savoured their moment in the limelight, with loose forwards Luke Jacobson and Dalton Papalii producing three tries between them on the Gold Coast. 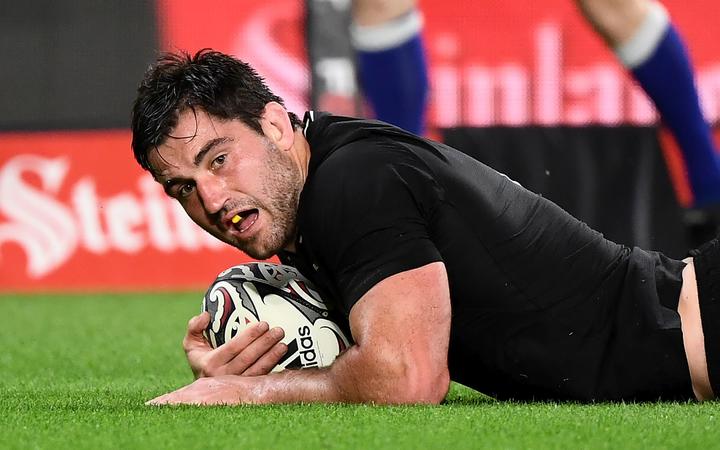 Luke Jacobson scored for the All Blacks against Argentina. Photo: PHOTOSPORT

Anton Lienert-Brown's late withdrawal due to a hamstring strain was barely noticed as New Zealand's 'Mr Fix-it' Rieko Ioane slotted in at centre with aplomb.

Managing player workloads will be key for the All Blacks as they look to negotiate a quick turnaround before their re-match against Argentina in Brisbane on Saturday and the back-to-back tests that follow against world champions South Africa.

However, Foster and selectors have the luxury of choice, with loose forward enforcer Ardie Savea and hooker Codie Taylor available for selection after head-knocks against Australia, along with fit-again props Ethan de Groot and Ofa Tuungafasi.

"We've got three physical test matches coming up, with Argentina and then the Boks times two, so it's going to be a tall order over the next three weeks," assistant coach John Plumtree said.

"We're going to have to use our men to make sure going into those Boks games we've got plenty of energy." 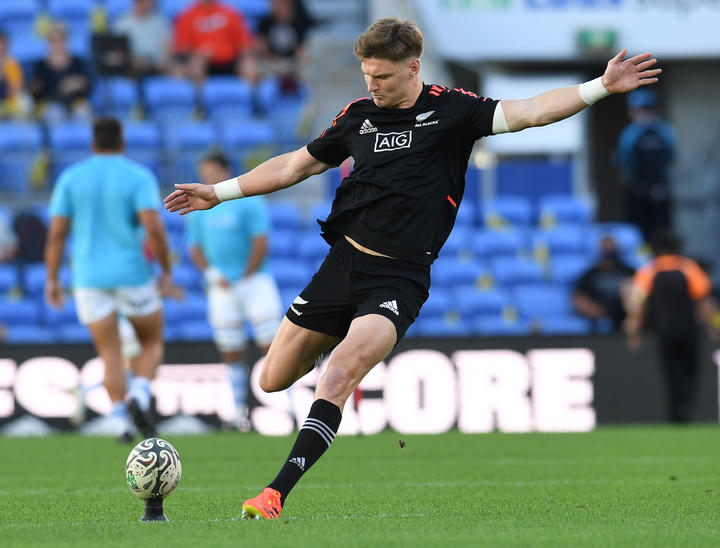 Jordie Barrett works on his kicking. He took over kicking duties from brother Beauden against Argentina. Photo: Photosport

With Richie Mo'unga home in New Zealand, Beauden Barrett has relished his time in the number 10 jersey and his performance on Sunday revived memories of his halcyon days in 2016-17, when he won back-to-back World Rugby Player of the Year awards.

His sparkling one-handed flick pass in the tackle to set up Jacobson's first try was the highlight of a dominant night which was cut short in the 50th minute when he came off to rest a sore calf.

All Blacks staff said it was nothing more than cramping, though Foster conceded it had troubled Barrett enough to give his fullback brother Jordie kicking duties off the tee.

First five is the only position where the All Blacks are light in their squad, so selectors face a delicate balancing act easing Barrett through the remaining matches.