Britain's Emma Raducanu has completed a Grand Slam fairytale, with the 18-year-old becoming the first ever qualifier to win a Grand Slam title. 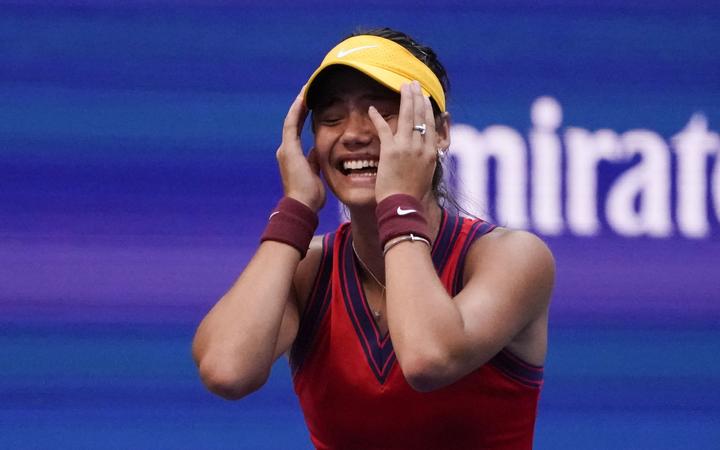 She beat Canadian Leylah Fernandez 6-4 6-3 in the battle of the teens to be crowned U.S. Open champion.

Raducanu is the first British woman to hoist a major trophy since Virginia Wade triumphed at Wimbledon in 1977.

The first Grand Slam final -- men or women -- to be contested by two unseeded players was an improbable matchup that no one could have predicted, featuring 150th-ranked qualifier Raducanu and little-known Fernandez, ranked 73rd.

All the more remarkable was that Raducanu's march to the title required 10 matches, including three wins in qualifying, and she did it without dropping a single set along the way.

"It was an incredibly difficult match but I thought the level was extremely high," said Raducanu.

"Leylah's always going to play great tennis and always going to fight - that's just the competitor she is... I think just staying in the moment, focusing on what I had to do... really helped in those tough times."

What bright futures for these two. pic.twitter.com/9N5nnu0olg

Raducanu threw herself to the floor in disbelief as she fired down an ace to conclude what has been the most remarkable journey.

Raducanu served for the match at 5-3 but cut her leg as she went break point down, leading to a medical time-out and a clearly irritated Fernandez expressing her frustration to the match official.

However, Raducanu shrugged off the delay, saving a further break point before closing out her third championship point.

The two shared a warm hug before Raducanu headed up the stairs at Arthur Ashe Stadium to celebrate with her support box.

She will take home $NZ3.5m in prize money, rise to 23 in the world rankings and will become the British number one on Monday.

"It is a remarkable achievement at such a young age, and is testament to your hard work and dedication," Queen Elizabeth wrote in a message to Raducanu.

"I have no doubt your outstanding performance, and that of your opponent Leylah Fernandez, will inspire the next generation of tennis players.

"I send my warmest good wishes to you and your many supporters."

"A star is born- Emma Raducanu makes history - never has a qualifier won a major- men or women- and she is just getting started. And will never have to qualify again

"Leylah Fernandez will be back -both are champions but Emma has the trophy- well done!!!"