The doubles run is over for New Zealand's Erin Routliffe and her Canadian partner Leylah Fernandez at the US Open. 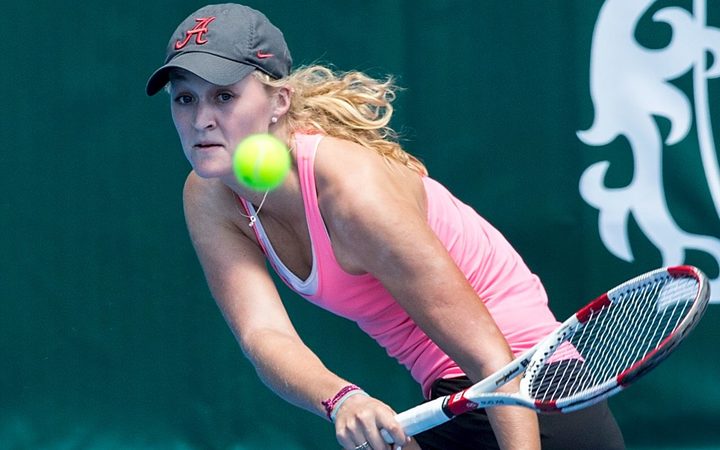 They have been beaten 6-1 4-6 6-2 an hour and 56 minutes by the Romanian pair of Monica Niculescu and Elena Gabriela Ruse.

Routliffe and Fernandez never really got going in the first set and paid the price for low first serve percentages as the hard-hitting Romanians broke at will in the first set to take it in 30 minutes.

It looked dire when the Romanians broke again at the start of the second set before Routliffe and Fernandez finally got a foot hold in the match.

Fernandez who was playing on her 19th birthday is through to the quarter finals in the singles after her stunning wins over defending champion Naomi Osaka and Angelique Kerber in the previous two rounds.

For Routliffe who won her first two matches at a Grand Slam at the US Open, it is a breakthrough performance and will see her ranking climb from 108 at the start of the tournament to around 78 which will be a career high for the 26-year-old.

It will ensure she can get into WTA tournaments each week.

In the singles draw, the Olympic champions both advanced to the quarter-finals.

Alexander Zverev eased past Jannik Sinner 6-4 6-4 7-6(7) and into the last eight as the fourth-seeded German extended his winning run to 15 matches.

Enjoying a summer to remember, Zverev might have difficulty recalling the last time he lost a match after tapping into a run of form that has carried him to Olympic gold in Tokyo, a Masters 1000 win in Cincinnati and the last eight at Flushing Meadows.

The last time Zverev tasted defeat was in the fourth round at Wimbledon and he has not looked in danger at the U.S. Open, rolling into the quarter-finals with the loss of one set.

It was another economical performance against 13th-seeded Sinner as he broke the Italian once in each set while blasting 17 aces, including two in a tight tiebreak to keep the contest from a fourth set on a humid day inside Arthur Ashe Stadium.

For two sets Sinner could not break down the German's defence, unable to convert any of a handful of break chances.

Sinner got his only break of the match to level the third set at 4-4 but could make no further dent in Zverev's game, losing the tiebreak and the match.

The pair battled through the 23-minute tiebreak under hot and sunny conditions inside Louis Armstrong Stadium as Swiatek saw her 5-2 lead in the breaker evaporate when Bencic won four straight points, with each player making unforced errors.

Bencic, seeded 11th, got the early momentum in the second set after breaking in the fourth game as Swiatek, who won the French Open in 2020, began to fade.

"In the tiebreak it's always a little bit about luck," Bencic said. "I started the second set a little bit more relaxed."

An exhausted Bencic raised her hands in triumph after two hours and seven minutes, reaching her third U.S. Open quarter-final in the hunt for a maiden major after triumphing in Tokyo.

"I feel like I'm tested every match," she said.

"Definitely today it was more challenging for me."