Gina Crampton has been named as captain of the Silver Ferns for this years's series' against England and Australia. 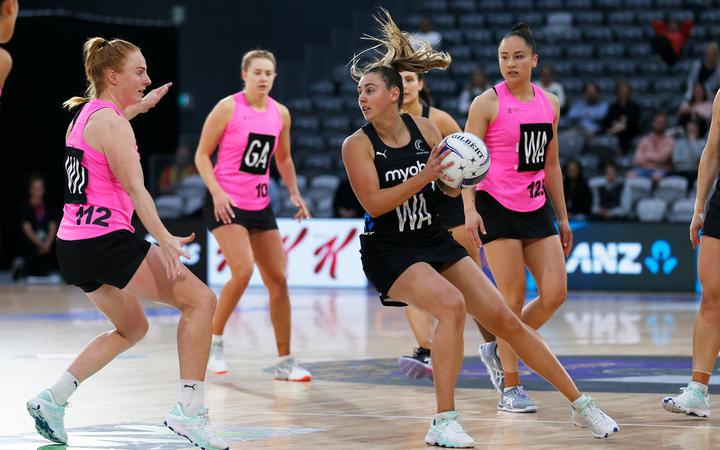 Coach Dame Noeline Taurua had named a squad of 17 that will be trimmed to 12 before the series.

The midcourter is the 28th player to captain the Silver Ferns and will lead the world champions when they host England and then Australia in next month's Constellation Cup.

Crampton is well known for her consistency on court since making her Silver Ferns debut against Australia in 2016.

Silver Ferns head coach Dame Noeline Taurua said the wing attack was someone who was motivated and driven to constantly improve her game, but also brought a great sense of humour to the team environment.

"She's also not afraid to drive others as to what is expected and she upholds to the Silver Fern standards and values. Gina is a meticulous planner and her attention to detail is outstanding."

Taurua believed the combination of Crampton and Fitzpatrick as vice captain would work well for the Silver Ferns with the two bringing similar qualities as leaders.

But she was also adamant the duo were not selected as "caretakers of the roles" through the unavailability of Ekenasio (pregnancy) and Watson (ankle surgery) who were both part of last year's leadership group.

"Gina and Sulu will take full ownership and accountability in their roles but will have that support from both Ameliaranne and Jane who are still part of the leadership group and very much involved with the operations of the team."

Taurua said the Silver Ferns had been working hard on its leadership programme following the successful Netball World Cup campaign in 2019 when the team lost the experience of over 400-Test caps following the retirement of its 'fossils' in Casey Kopua, Laura Langman and Maria Folau. 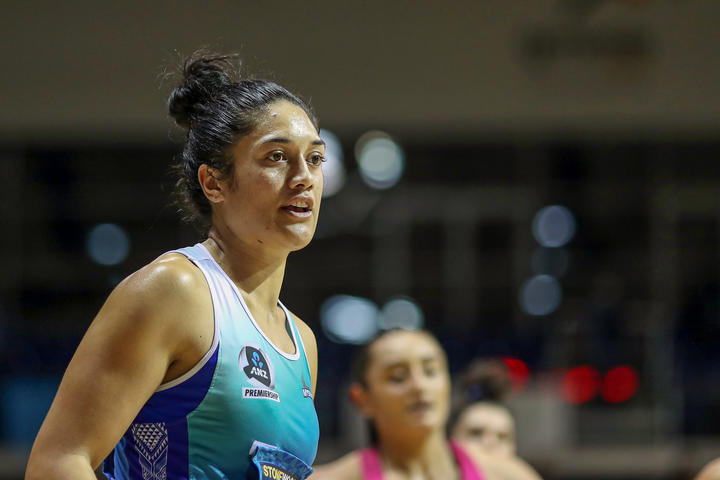 A programme was put in place last year to help guide Silver Fern leaders and ANZ Premiership captains but was unable to go ahead due to COVID-19. The Community of Practice programme was put into action this year with Langman brought on board to provide a mentoring role to the participants and also help develop a job description for the captain's role.

Taurua said the Tuakana-Teina system - a buddy system where older Ferns would help guide younger players - had been adopted to strengthen the leadership skills within respective teams but also to build the leadership capacity within the Silver Ferns environment.

"We want to help share the workload," she said.

Crampton said that environment within the Silver Ferns meant it had been an easy decision to take up the "huge honour" of being captain.

"We've come a long way in the last three or four years and our values are so engrained in our day-to-day processes. We are aiming to be PURE in everything we do. We work for and with each other and are always striving for improvement of the collective," she said.

"I think with this in mind and remembering all the great things that are happening with the Silver Ferns at the moment, it was actually easy to call Noels back a few days later and take up the huge honour."

Crampton said she was immensely grateful to have Taurua at the helm and to be working closely with Fitzpatrick.

"I feel so confident in everything that Noels does that I know we will always be steered in the right direction, while Sulu has shown recently with the Mystics just how great of a leader she is. Sulu is a massive voice in our team and I think we complement each other well."

The midcourter believed the input from Ekenasio and Watson, despite both being currently side-lined, would be invaluable moving forward.

"I think keeping us all working together is a great example of how the collective is working. As a whole group we're so ready to take our game to the next level in preparation for a big 2021-2022 season."

Fitzpatrick was quick to echo Crampton's comments and was looking forward to the challenges ahead.

"It's an honour to support Gina to lead the Silver Ferns and to serve our collective with love," she said.

The leadership structure will be reviewed next year when Ekenasio and Watson return to the mix with NNZ's Chief Executive Jennie Wyllie, Head of High Performance Keir Hansen and Taurua to undertake a leadership survey, similar to the process used leading into the Netball World Cup in 2019.

The Silver Ferns take on England in a three-Test Series in Christchurch, starting on 20 September before meeting Australia on both sides of the Tasman in the Constellation Cup starting 13 October.