New Zealand cyclist Ellesse Andrews has won silver in the women's keirin at the Tokyo Olympics. 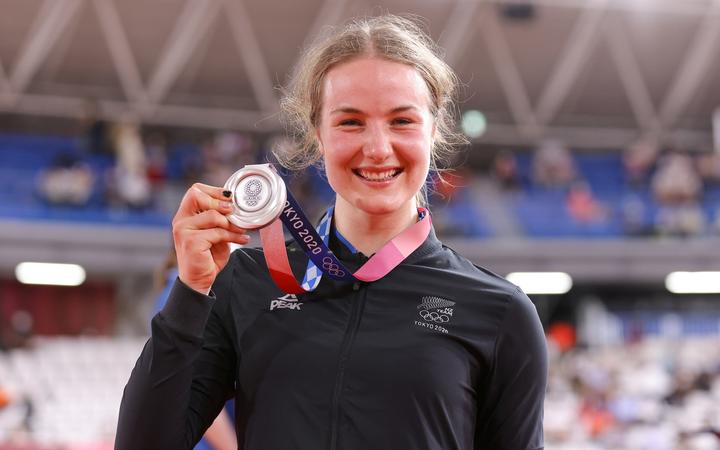 The 21-year-old Christchurch rider is the first New Zealand woman to win an Olympic track cycling medal since Sarah Ulmer won gold in the individual pursuit at the 2004 Athens Games.

"I can't stop crying," she sobbed soon after.

"In the keirin you just have to get the absolute right balance of physical effort and tactical execution.

"And so to get that right today, and to get a silver medal is amazing. I'm so proud of myself." 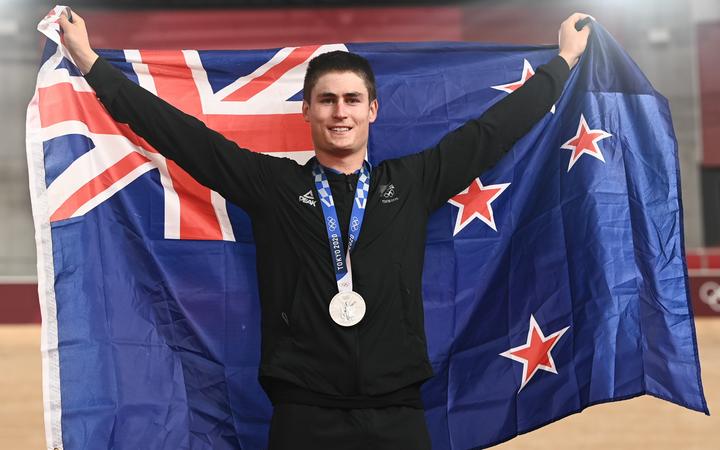 He suffered a fractured collarbone and was ruled out of his remaining events at the Olympics.

The omnium was won by Matt Walls of Great Britain on 153 points, with Stewart second on 129, just edging Italy's Elia Viviani - who won the title in Rio five year ago - on 124 for bronze.