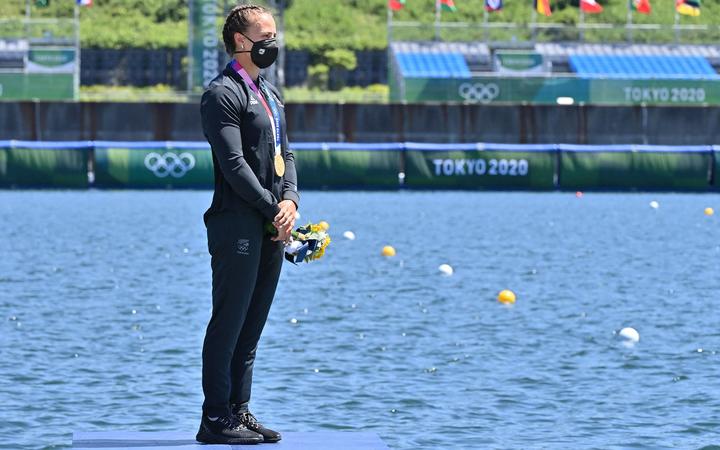 She has now won five Olympic golds in her career surpassing the four gold won by fellow kayaker Ian Fergusson.

Carrington is also the first New Zealand woman to win three gold medals at one Olympics.

It is the New Zealand team's seventh gold of the Tokyo Olympics, giving them a total of 17 medals.

Carrington could still win a fourth gold with the K4 500 yet to come.

She told Sky Sport afterwards that her aproach to the K500 had been simple.

"The way that I approached that 500 is about emptying the tank completely. It's just a completely different race, and into the headwind it's just a bit longer but the strategy has to stay the same for me.

"It hurt a lot but it just means that I gave everything, so I'm really happy.

"It's amazing - you set out for such a big task this week, but to be able to do it is just another thing. I'm so proud, I'm just amazed at what's happened this week so far," she said. 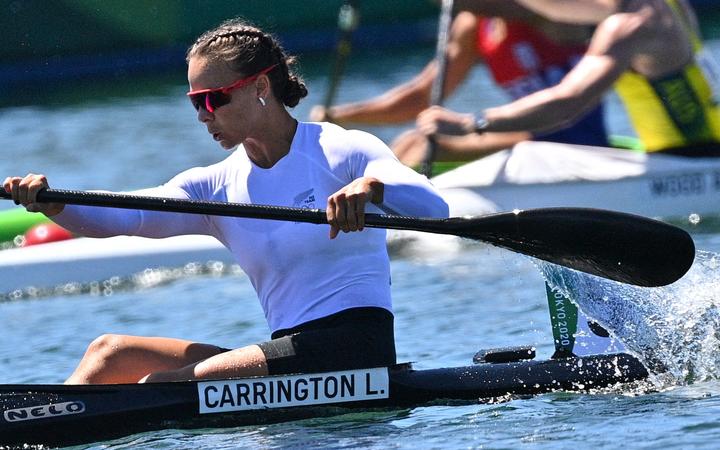 "There's so many people that support me - I'm just so fortunate to have such an incredible support team."

Carrington said she'd learned a lot from the 2016 Rio Olympics.

"You might have the capability to be able to have great races, but to actually execute it and do it is another thing.

"It's taken me five years to have that courage to get back out there and do something that is really scary and hurts a lot. 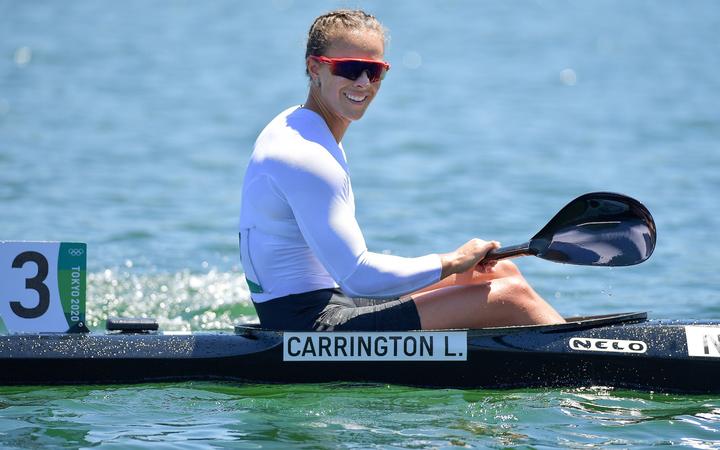 'It's just about every single race'

Carrington's fiancé Michael Buck was watching from the Cloud at Auckland's waterfront.

"I think she had it won in the last 50-odd metres, so maybe some early celebrations started. But yeah, just relief, happiness, so stoked for her," he told Checkpoint.

"She doesn't set out to become the greatest Olympian or whatever it's just about every single race, and trying to be better every time and she did that. It was amazing.

"Earlier in the week she was nervous, a bit scared about what was coming up, but after Tuesday and yesterday, pretty relaxed," Buck said.

His message for Lisa: "One more event, then come home. We miss you."

Buck said for the K4, Carrington's three teammates are going to step up and ride the momentum of her success.

"I think they'll have a great shot at it." 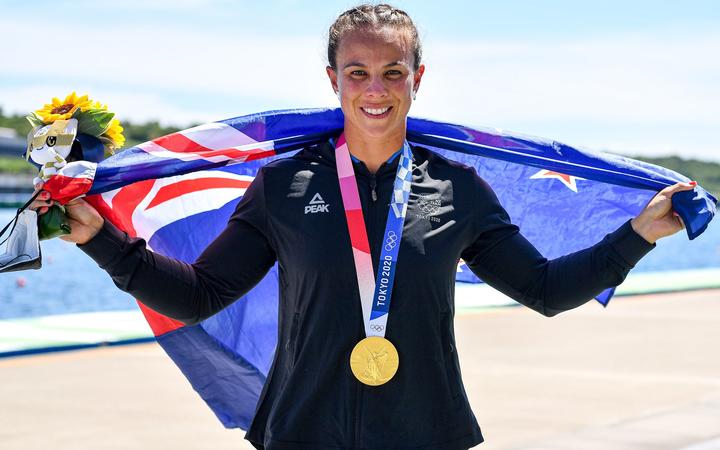 Carrington's mother Glynis told Checkpoint the day has been "bigger than life itself".

"I was just very emotional actually. The change between seeing her as our daughter to just admiring here is the most amazing woman."

The family were in Lisa's hometown of Ohope for today's race, with lots of friends and those she had grown up with at the surf club there.

Glynis said the nervous anticipation before her daughter's races has not got any easier.

"Nothing is written in stone beforehand, so it's that feeling of, I know she will do her best. She always does her best, and willing the best will be in that race."

For Glynis it was one the most emotional times of her life.

"The enormity of what she's put herself up there to do. The courage she's had to have to go for it, to start with, to say 'I want to do this', and then to pull it off. It's just huge.

"And as a family we are just and awe of the people around her who have supported her too."

It was an emotional day for Carrington's father Pat as well.

"I think she wouldn't have put herself there if she didn't feel as though she could deliver the best performance for her. She doesn't do that without knowing what she can do, and her capabilities."

"Just through good thinking and planning, and all the preparation that's gone on before this to get here at this stage, it has been quite a journey over the last decade to get to this level."