New Zealand cyclist Aaron Gate will miss the remainder of the Tokyo Olympics.

Gate has been ruled out of his remaining events at the Olympic velodrome after suffering a fractured collarbone. 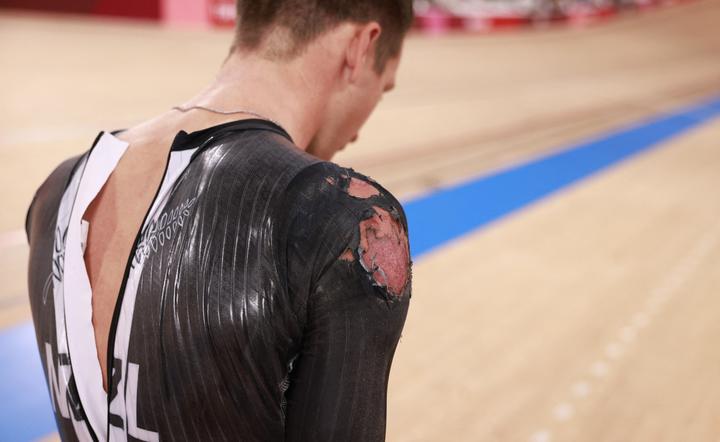 The 30-year-old crashed heavily when the New Zealand men's pursuit team was leading Australia in the bronze medal race.

He was taken to hospital for testing and treatment but is now back in the Olympic cycling village in Izu.

"Just incredibly disappointing really, more so for my teammates than myself because everyone's put so much into this performance here and we're such a strong team that to end like that wasn't great," Gate said.

"I think what hurts the most is...our qualifying time and our performance in the first round solidified the fact that we were here genuinely as a gold medal contender in the team pursuit.

"I've been doing this for 12 years and to end like this wasn't great, but that's bike racing sometimes and you get bad luck."

Gate was scheduled to ride in today's four-discipline omnium event but has been replaced by 2019 world champion Campbell Stewart.

"One of the hardest calls we had to make coming into this Games was who was going to ride the omnium and obviously we've got two fantastic candidates in Gatey and Campbell," men's endurance coach Craig Palmer said.

"We gave Gatey the nod given the work and the form he was showing coming in so to have Campbell as a back-up rider we're probably one of the luckiest nations to have a so-called reserve with the quality of Campbell." 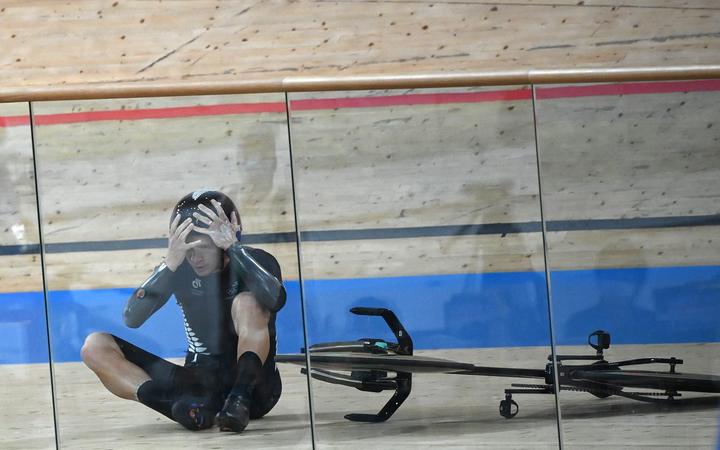 Stewart will also ride with Corbin Strong in the madison on Saturday.

Gate has mixed feelings about being forced out of his remaining events.

"It would have been nice to come out and get a bit of redemption so to speak but the cool thing is I get to watch Campbell do that now and it's going to be pretty exciting to see what he can do," Gate said.

"He's been a great teammate and a stellar rider too on great form so he's going to be pretty bloody exciting to watch in the omnium today.

"Likewise with Corbin coming in. He's on great form great form as well and I think those two guys are going to be a pretty bloody good pairing come Madison day."

Aaron Gate will fly to Belgium in the coming days to get his collarbone repaired next week before resuming his season with the Black Spoke Cycling Academy team in Europe.