The New Zealand men's pursuit cycling team have narrowly missed out on a place in the gold medal ride at the Olympic velodrome. 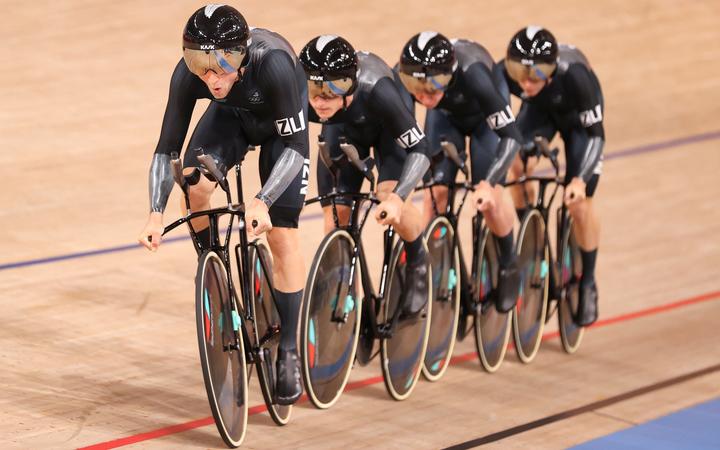 Aaron Gate, Campbell Stewart, Regan Gough and Jordan Kerby have shaved more than two seconds off the world record in their first round heat, clocking a sizzling time of 3 mins, 42.397 secs.

Unfortunately for them Italy have set a time nine one hundredths of a second quicker to secure the place in the gold medal ride.

The New Zealanders will now race Australia for the bronze medal on Wednesday night.

Australia recorded a time of 3 mins, 44.902 secs in their first round heat.

New Zealand claimed bronze in the men's team pursuit at the 2008 and 2012 Olympics.

Italy will square-off against previous world record holders Denmark in the gold medal ride after the Dane came through a dramatic first round heat against reigning Olympic champions Great Britain. 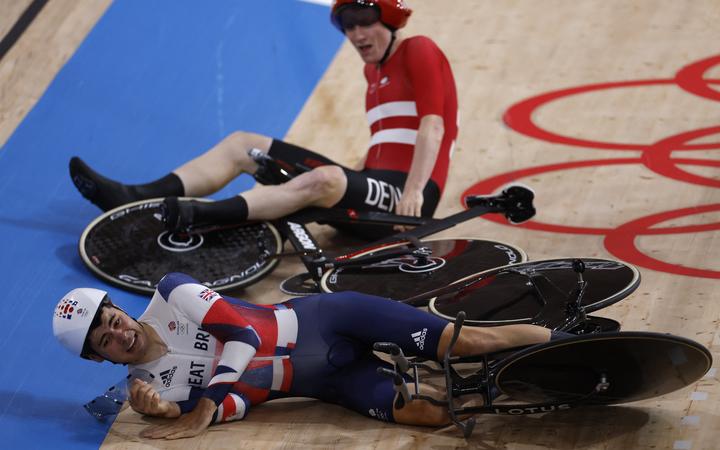 Denmark were on track to reclaim their world record when the leader Danish rider collided with a British rider, who had fallen off the back of the UK quartet.

For a while there was confusion with Denmark not sure whether they were through to the final.

Eventually the result was made official.

Great Britain will ride off against Switzerland for an ignominious seventh place.

The New Zealand women's pursuit team has been beaten by France in the ride-off for seventh and eighth place.