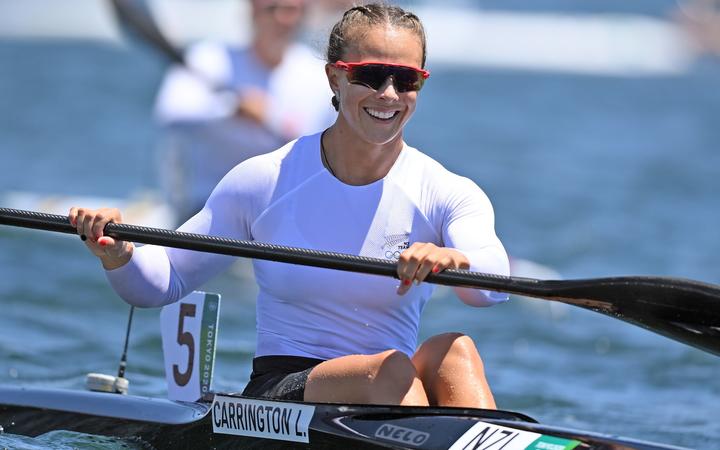 Lisa Carrington after victory in the K1 200. Photo: Photosport

Canoeist Lisa Carrington has won her second gold medal of the Tokyo Olympics teaming up with Caitlin Regal to win the K2 500.

It's New Zealand's sixth gold medal of the Games.

"There was always a plan but it's a different thing to execute it and it was a huge challenge to be able to stick to that plan through the day, I guess I'm just so fortunate to have Caitlin as an amazing team mate and to be able to go out there with someone and do what we just did, I'm just super proud of her and of our team because our team have worked so hard as well," Carrington told Sky Sport post the K2 500m final.

"To even get an Olympic medal is so special and I know how hard that is from what I've done individually but to be able to do that with a team mate and racing against the best countries in the world and to think that we were able to get on top of the podium today is just so special."

Regal also made special mention of her team mate when speaking to Sky Sport.

"We were clear that we had to really bundle together and do what we do on a daily basis and that was come together and work together and I'm so proud of Lisa for really keeping it cool amongst the massive day but also the planning that went in to get to this point."