Sifan Hassan said she had caffeine to thank after winning her first Olympic gold medal in the 5000 metres on Monday. 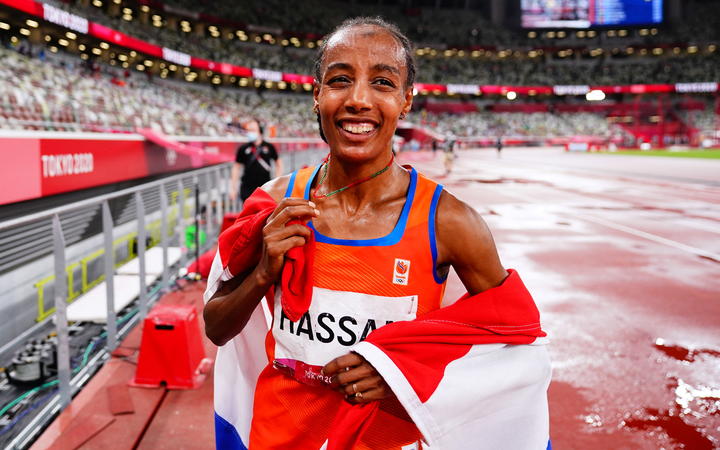 She began the day by falling on the last lap of her 1500m heat, only to spring up and charge through the field to finish first.

Fuelled by caffeine, she returned to the track in the evening and was in total control of a slowly-run 5000m, sitting in the pack before unleashing her trademark last-lap burst.

Ethiopia-born Hassan, 28, produced a devastating final-lap sprint to win in 14 minutes 36.79 seconds, but it seems she required a little assistance to carry her over the finish line.

"It has been an amazing day. When I fell down and had to jump up I felt like I was using so much energy," she said.

"Before the race here I didn't even care. I was so tired. Without coffee I would never be Olympic champion.

"I needed all the caffeine!"

Hassan will return to the 1500m for the semi-finals, with the 10,000m, the event she held the world record in for two days in June, the final part of the jigsaw.

The second semi-final of the 1500m takes place on Wednesday.