Rio Olympics silver medallist Luuka Jones has missed out on the medals in the women's K1 canoe slalom final at the Tokyo Games. 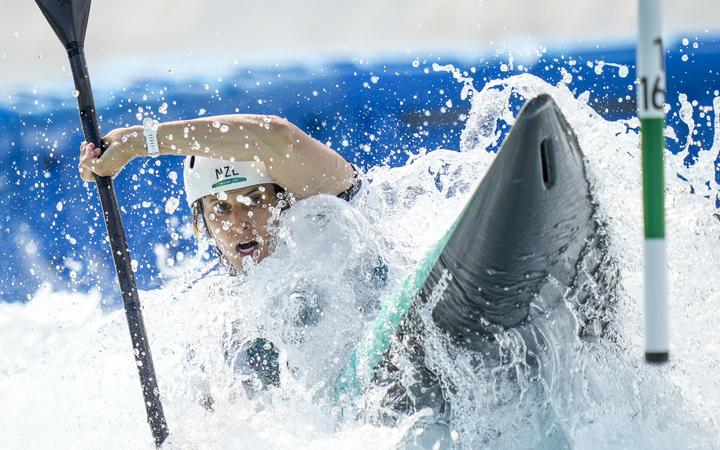 The 32-year-old finished sixth, more than five seconds down on winner Ricarda Funk of Germany.

Jones didn't pick up any penalties, but lost her timing at a couple of gates and eventually clocked 110.67 seconds.

She said afterwards that losing time early had put her under pressure.

"I'm in really good shape and I think I just started losing a bit of time and let that get to me, then started being a bit too aggressive and wasn't patient enough.

Defending Olympic champion Maialen Chourraut of Spain, who was seventh-fastest in the semifinal, produced a clear run of 106.63sec to take the silver medal.

Australian Jessica Fox, who took bronze in Rio, was favoured to grab gold this time but picked up two penalties to drop four seconds and finish third in 106.73.

Jones had qualified fifth fastest in the semifinal an hour earlier, picking up a two-second penalty to finish on 108.97sec.