The Tokyo Olympics delivered a day of high drama on Sunday with a stunning surprise in the pool, one of the great David v Goliath cycling victories and double sibling judo gold as Japan continued their golden start. 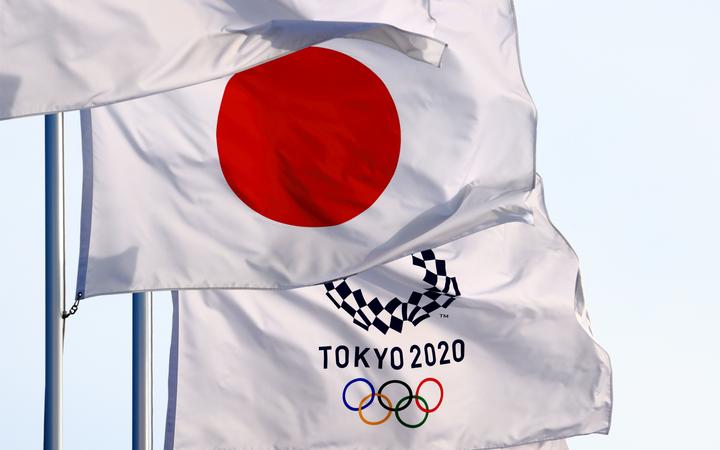 The host nation bagged skateboarding's first gold medal courtesy of Yuto Horigome, then saw Uta Abe and her brother Hifumi make history as the first siblings to win gold medals in different events on the same day in any sport. With swimmer Yui Ohashi also victorious, Japan's overall gold medal tally rose to five, one behind China and one ahead of the United States.

Tunisia are unlikely to add to their solitary gold but no medal of the Games will be celebrated more wildly than that earned via the astounding achievement of 18-year-old Ahmed Hafnaoui, who stunned the swimming superpowers with victory from lane eight in the men's 400m freestyle.

"It's a dream and it became true - it was my best race ever," Hafnaoui said in an Olympic-level understatement after he held off heavily-fancied Australian Jack McLoughlin and American Kieran Smith despite qualifying slowest for the final.

Hafnaoui received the ultimate validation as American medal machine Michael Phelps, the greatest swimmer in history, labelled his performance as an "unbelievable swim". "The difference between these Olympics and the past is that every single person in the final has a chance of winning gold," said Phelps.

Skateboarder Horigome, who grew up in the Tokyo ward where the event is being held, took gold at the Games debut of a sport once seen as a symbol of counter-culture and, ironically, still symbolised by the "no skateboarding" signs plastered on the outside walls of the venue.

"It felt significant to return to Koto ward, it meant so much more for me," said Horigome, who moved to the United States after high school to follow his skateboarding ambitions.

The day the Abe family will never forget began when Uta triumphed in the women's 52kg Judo category. The 21-year-old had cruised through to the final but was then taken deep into Golden Score overtime before overcoming Amandine Buchard of France.

Ohashi had got things going for Japan with victory in the 400m women's medley and the gold rush was a boost for organisers hoping to see a lift in enthusiasm for the delayed Olympics among the Japanese public, who are labouring under a state of emergency in the capital.

Five years ago in Rio, Annemiek van Vleuten suffered an horrific crash in the women's cycling road race when she was on course to win and she contributed another memorable Olympic moment on Sunday - again for all the wrong reasons.

Little-known Austrian amateur Anna Kiesenhofer made an audacious solo breakaway and somehow stayed clear to cross the line looking absolutely incredulous. She was not alone, as the vastly-experienced four-woman Dutch team seeking a third successive title were somehow unaware she had escaped.

Cue an embarrassing air-punching celebration by Van Vleuten who crossed the line second but thinking she had won.

"Have I got that wrong?," she asked the team masseur at the finish line. She had - spectacularly - leaving full-time teacher Kiesenhofer with something very special to tell come September.

"I am happy that I was not too scared and I just went for it," said Kiesenhofer after winning Austria's first cycling gold since the inaugural Games of 1896.

The first world record of the Games came in the pool as Australia's women romped home in the 4x100m final.

In tennis, Japan's Naomi Osaka won her first-round match - her first since withdrawing from the French Open in May and two days after lighting the Olympic flame.

There was an upset, though, as Australia's Wimbledon champion Ash Barty was beaten.

At least she made it onto the court. Britain's double-defending champion Andy Murray withdrew from the men's singles as an injury precaution and with another London and Rio champion Jade Jones suffering a shock first-round loss in taekwondo, it marked a poor day for the country that finished second in the medal table five years ago.

American gymnast Simone Biles also got into action on Sunday. The 24-year-old, who has won every all-around competition she has contested since 2013, needs three more medals to move past Shannon Miller as the most decorated U.S. Olympic gymnast.

She advanced to all the finals but it was far from straightforward and she endured nervous moments, particularly on the beam and uneven bars.

The shadow of the pandemic continued to hang over the Games as golf's world number one Jon Rahm and number six Bryson DeChambeau tested positive for COVID-19 before their departure. The Dutch rowing coach also tested positive as Olympic organisers reported 10 new COVID-19 cases, bringing the total disclosed to 132..

The International Olympic Committee (IOC) insisted that masks were a "must to have" at medal ceremonies but said athletes can remove them briefly on the podium for photos.

"It's not a nice-to-have, it's a must-to-have," said IOC spokesman Mark Adams.

With temperatures rising well above 30 degrees Celsius in Tokyo, many sports struggled to deal with the heat.

In an announcement not likely to be posted up on the athletes' village noticeboard, Yahoo Tenki, one of Japan's most popular weather apps, suggested users should "avoid exercising under the sun" and "minimise vigorous exercise".

A bit of sunshine has never deterred the surfing community, though, and it was a day of celebration as the sport also made its Olympic debut competitors meeting with a strengthening swell after flat conditions a day earlier at Tsurigasaki Surfing Beach in Chiba prefecture.