Rio Olympics silver medallist Luuka Jones is through to the K1 canoe slalom semifinals at the Tokyo Olympics after a sizzling second run. 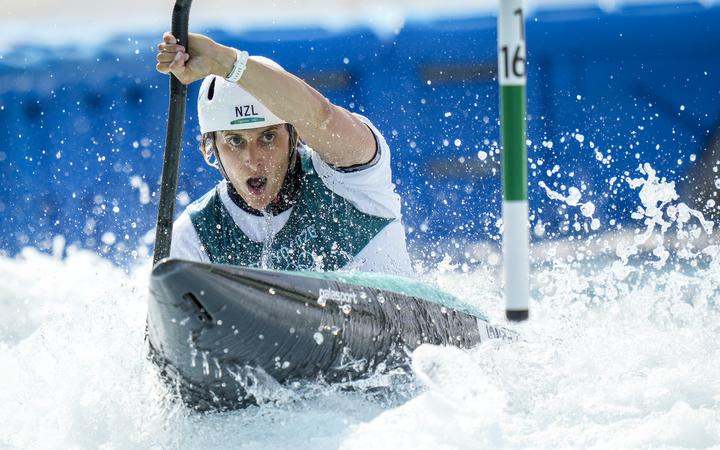 Jones was out of touch on her first run, hit with a four-second penalty after brushing a couple of gates.

Jones rediscovered her mojo on her second run, an error-free effort giving her the third-fastest time at 101.72.

Speaking after the heats, the Tauranga paddler said she was happy with the result and it was great to be out competing again.

"It's just been such a long time coming.

"Speaking to all the other girls out there paddling... you know we're just all excited to be on the start line and actually racing, because it just feels like its been on the horizon for so long."

Between her first and second run Jones said she spent time reviewing footage and tightened up her plan.

"I felt good physically in my first run, I just had some mistakes and I wasn't on the optimal line in a few places."

Funk's 101.56 gave her second spot while australian Jessica Fox - who took bronze at Rio five years ago - the fastest in 98.46.

The semifinals and final are on Tuesday evening.