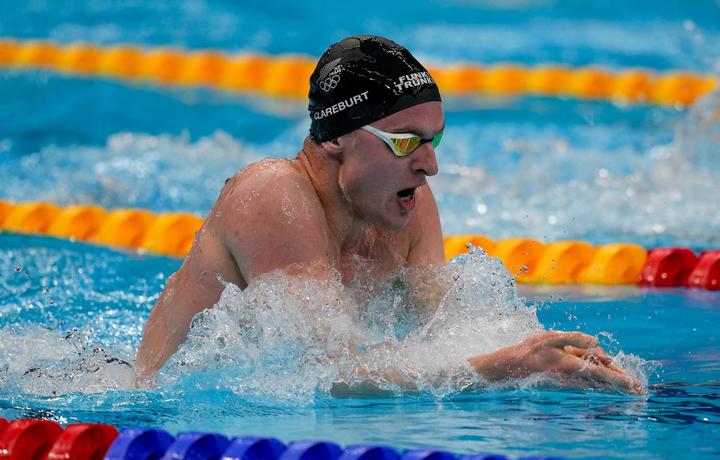 "Happy with that. I thought I went out a bit slow but managed to stick in and I had enough in the freestyle to stick in with those guys," Clarerburt said.

"There was nerves for sure. The first race is always nice to get over and done with."

Despite breaking his own national record, Clareburt would only rate his performance a two out of 10 because "I think I've got more in the tank".

The 22-year-old Wellingtonian won bronze in the 400m IM at the 2019 world championships in South Korea.

Lewis Clareburt will swim for New Zealand's first medal of the Tokyo Olympics at 1.30pm today.

He is endeavouring to be the first New Zealand swimmer to stand on an Olympic podium since Danyon Loader won double gold at the Atlanta Games in 1996.