The prospect of a typhoon forming off the coast of Japan next week has forced changes to the Olympic rowing schedule, but the surfers at the Tokyo Games are welcoming the possibility of some big waves. 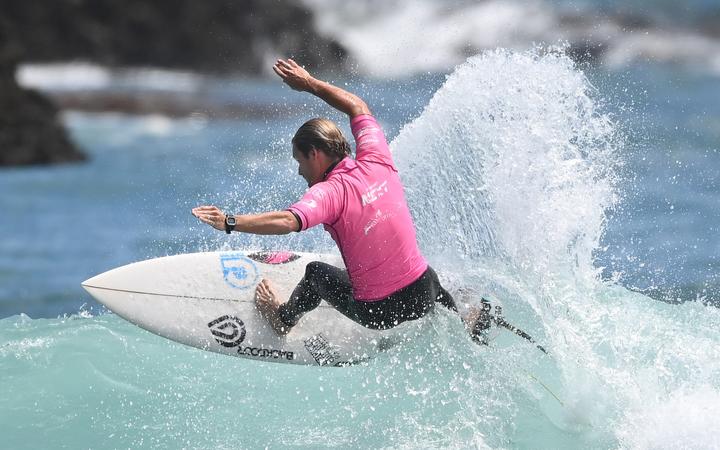 New Zealand's surfing team are looking forward to showcasing the very best of their sport, but they know much will depend on the size of the waves at Tsurigasaki Surfing Beach.

"When it comes to extreme sports like skateboarding or motocross and surfing, it's about the tricks, it's about the manoeuvres and that produces excitement," New Zealand coach Matt Scorringe told Reuters.

"Without the waves it's really tricky to do that - the waves play an important role and the surfers can show the world where their talent is on the wave."

Scorringe said the Tokyo Games represented a huge opportunity for the sport.

"It's actually very surreal, but it's a dream come true just to see the sport reach this global scale and be seen by the world at such an incredibly amazing event like the Olympics, " he said.

Ella Williams agreed. The Olympics were the chance of a lifetime to reach new fans, she said.

"Everyone from around the world is going to be watching surfing, so whether you are an amateur or a pro, everyone will look at it quite differently, but the exciting thing is that if we do get waves, then we're going to be really able to show what we can do," she said.

Her team mate Billy Stairmand pointed to the unpredictability of nature as being a factor few other sports have to contend with.

"You're never going to get one wave that is exactly the same," he said. "There's a lot of variables in it, there's wind, there's swells, there's all sorts of different beaches, conditions, point breaks, reef breaks.

"You've got to really adapt on your feet, you've got to have different equipment - I've got smaller boards for smaller waves and longer boards for bigger waves. I'm prepared for whatever I get thrown at me."