Just two hours after winning their heat in the women's coxless pair, Kerri Gowler and Grace Prendergast were back on the water to help the NZ women's rowing eight edge Canada in a tightly-fought heat at the Tokyo Olympics. 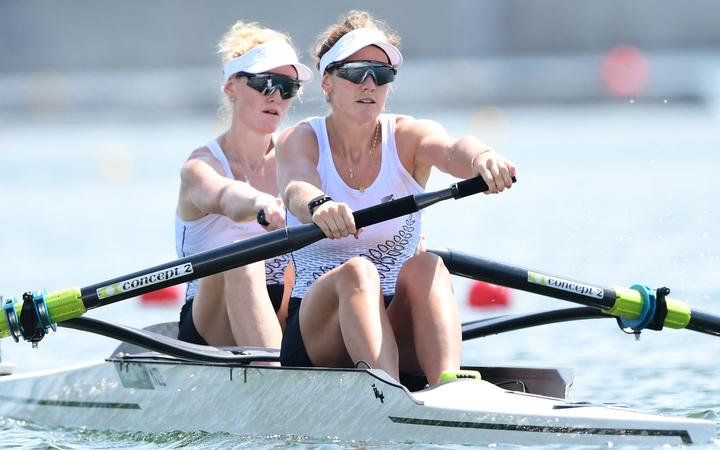 The New Zealand women's rowing eight are through to the final after a narrow win.

Heats for the eights crews were brought forward to this afternoon, as organisers planned to avoid racing in the high winds forecast for Monday.

The New Zealand men's eight finished second in their heat, and will have to continue their battle for a spot in the final through the repechage.

The coxless pair of Brook Robertson and Stephen Jones have finished third in their heat to progress through to the semi-finals.