Imagine all the people.

Somewhere near the end of the Tokyo Olympics opening ceremony, John Lennon's legendary tune rung out around the cavernous Games stadium. 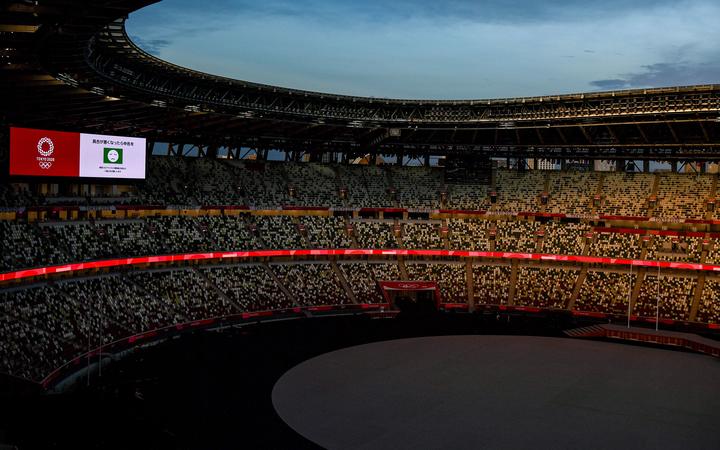 Empty stands for the opening ceremony in Tokyo. Photo: PHOTOSPORT

The song could hardly have been more apt. Because for the limited number granted access, imagining all the people was exactly what we were doing.

One of the world's biggest spectacles, the opening ceremony of an Olympic Games, taking place in an epic yet all but empty arena.

Many of the essential elements remained.

But for those at the centre of the occasion, and the Games itself, the absence of fans must've been just as weird as it was for the thousand or so media and officials scattered about the 68,000-capacity stadium. 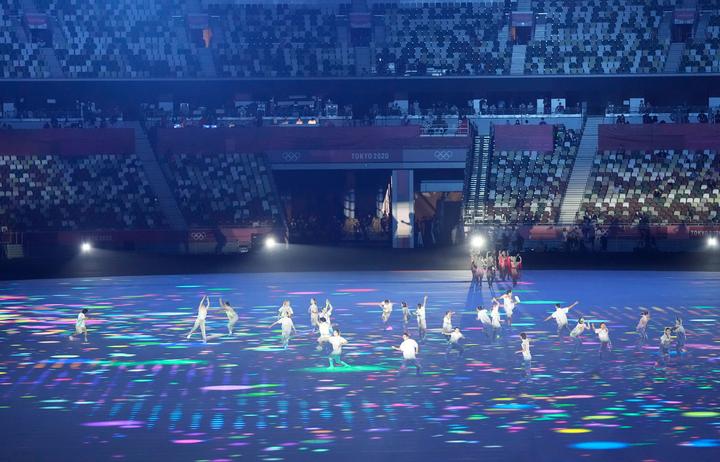 While the dancers did their best to create a festive atmosphere, without the encouragement of screaming supporters, even they seemed to fade at points during the marathon that is the parade of 206 Olympic teams.

Those watching on TV would've also seen the athletes waving into a void. Some of those waves accompanied by a curious gaze into the stands, even if finding a pair of eyes to meet them back would've been like finding a needle in a haystack. 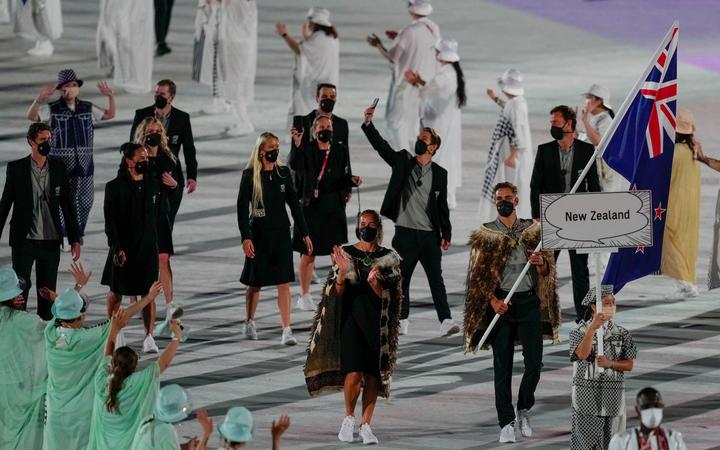 David Nyika and Sarah Hirini carry the flag during the Opening Ceremony of the Tokyo 2020 Olympic Games. Photo: PHOTOSPORT

Just nine Kiwi athletes participated in the parade, out of a team of 211. The small contingent even outnumbered by the New Zealand media granted a seat for the event.

With those attending asked to refrain from shouting or cheering as part of Covid protocol, any support for the athletes was limited to claps quickly swallowed up by the empty stadium.

The athletes still did their best to be as enthusiastic as ever. But rather than hang around for the rest of the show after their on-screen moment, many settled for a quick selfie before quickly exiting a field full of bubble breaking potential.

It's not to say it won't be a moment they remember forever.

This Olympic Ceremony was a first, and will hopefully be a last. Those selfies will forever be souvenirs of a unique experience.

An experience which felt like being at a dress rehearsal, and was exactly that for a Games where fans will continue to be left outside the gates.