Kiwi Ferns coach Ricky Henry says he won't risk the health of his players or their families and wants further assurances the Rugby League World Cup in England will be safe. 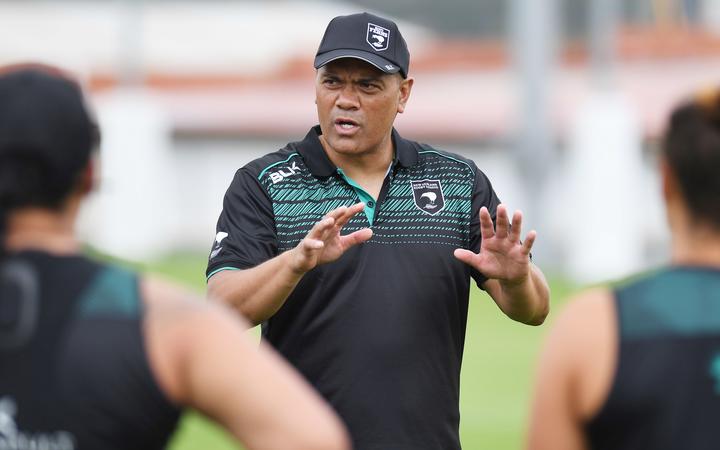 World Cup organisers have confirmed the tournament will go ahead as planned in October and remain confident that all teams - from 21 nations - will be in attendance.

The tournament had been in doubt due to the surge in Covid-19 cases and resistance from Australia's NRL clubs concerned over travel and quarantine restrictions caused by the pandemic.

"It's obviously been ticked off as going ahead so we've got to plan ahead regardless ... but first and foremost our safety is paramount and we've got to make sure we've ticked all the boxes in that space before we think about anything else," Henry said.

"We don't want to compromise [the players] or their families so we'll do what is right by our players and I'm pretty sure NZRL are on the same page, and I guess Australia as well, given we've got a lesser Covid outbreak than a lot of the other countries."

Henry said he was still waiting on certainty around the tournament dates and isolation protocols to help the players make their decisions about whether they will be available for selection.

"I get the anxiety and I get that there is a concern not just from them but also from their families, so we'll respect what they want to do and how they want to do things.

"We've just got to try and make sure that they're comfortable with the decisions that we're making and we're being transparent."

Henry will have had limited time in the top job before the World Cup and said he had to be "flexible" with his coaching style.

The challenges of preparing a dispersed squad during a pandemic means he has looked for inspiration overseas from the National Football League (NFL) and closer to home in the NRL for ways to share his coaching virtually.

He was appointed to the head coach role in September last year and two months later guided a side with 11 debutants to victory over a Fetu Samoa Invitational team.

Since then the experienced coach has been relying on technology to keep tabs on 60 players who are part of his considerations for the world cup.

Fifteen players are involved in NRLW in Australia which is scheduled to start in mid-August, in line with round 23 of the men's NRL.

However, the start of the women's competition could be delayed or the six-week competition shortened after a Covid-19 outbreak in Sydney prevented clubs from starting pre-season training.

Henry was hopeful that the NRLW would be played this season.

"Any time there is an opportunity to step up and play at a higher level we're really encouraging the ladies to take that opportunity, so it'll be interesting to see how they go."

The remainder of his prospective players take part in the national championship in New Zealand.