Former champions Louis Oosthuizen and Jordan Spieth sparkled in the morning sunshine to set the pace in the first round of the 149th British Open at Royal St George's. 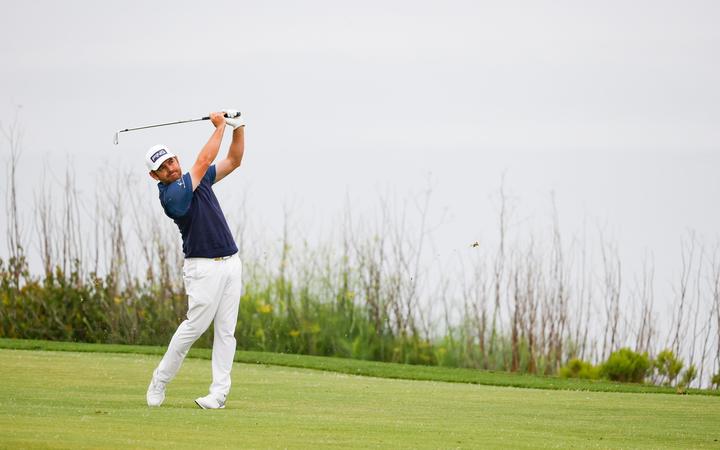 South African Oosthuizen, the winner in 2010, made six birdies in a flawless 64 to finish on six under par, one shot ahead of American Spieth, champion in 2017.

New Zealand's Ryan Fox fired a 2 under par 68 to be four from the lead in a tie for 19th, while Daniel Hillier is another four shots back in a tie for 90th.

The 2020 tournament was cancelled because of the COVID-19 pandemic but up to 32,000 fans are allowed in each day this year as part of a government test event and warm applause rippled around the links course.

"The fans are fantastic here," Spieth said. "They're just the best in golf. Very knowledgeable. It was really great to have them back and have what feels like normalcy when we teed off on the first hole.

"I've really loved this tournament and so last year missing being able to play it was certainly something that I didn't want to do," added the 27-year-old Spieth, who made four consecutive birdies from the fifth hole and sank a 12-foot putt on the 16th green to confirm his return to form after he finished 2020 ranked 82nd in the world.

Oosthuizen, 38, struck his irons beautifully to pick up three birdies around the turn and added three more on the closing holes to make a strong start to his bid for a second major title.

"Probably in my mind it was the perfect round I could have played," he told reporters. "I didn't make many mistakes. When I had good opportunities for birdie, I made the putts. So, yeah, just a very good solid round." 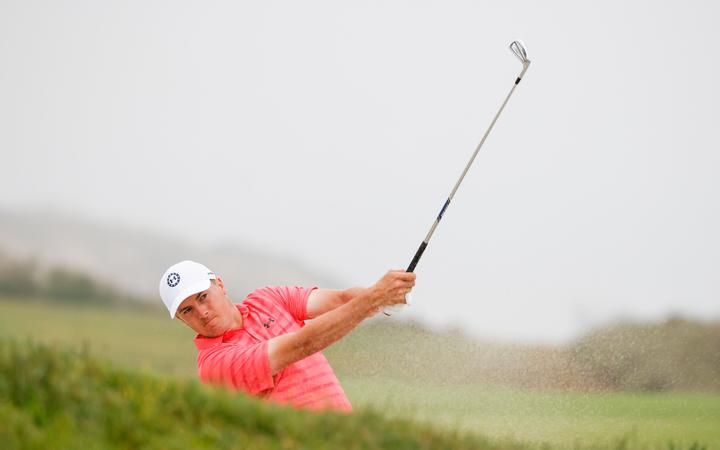 It was a tough day for 2020 U.S. Open champion Bryson DeChambeau who battled to a roller-coaster round of 71.

The long-hitting American visited the treacherous rough on several occasions and made three bogeys on the front nine to drop back to one over.

DeChambeau appeared to have worked out the undulating fairways when he collected three consecutive birdies from the 12th but two more dropped shots left him well off the pace.

World number one Dustin Johnson started with a solid 68 and defending champion Shane Lowry of Ireland carded 71 playing with Oosthuizen and Spanish U.S. Open champion Jon Rahm, whose 71 was spoiled by a double-bogey at the ninth.

Four-times major champion Rory McIlroy ground out a level-par 70, mixing four birdies and four bogeys as the wind picked up late in the day, but the Northern Irishman's problems paled beside those of Phil Mickelson.

The 51-year-old American, who won this year's PGA Championship to become the oldest major champion, racked up eight bogeys and a double-bogey at the last in an ugly 80.