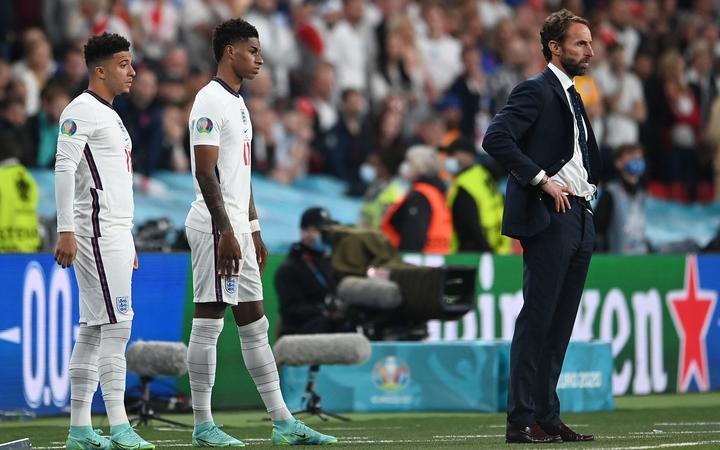 Police said they would investigate the comments made towards Black England players Marcus Rashford, 23, Jadon Sancho, 21, and Bukayo Saka, 19, who missed spot-kicks in a penalty shootout with Italy following a 1-1 draw on Sunday local time.

The English Football Association said the "disgusting behaviour" was not welcome from fans.

"We will do all we can to support the players affected while urging the toughest punishments possible for anyone responsible," the FA said in a statement.

The England team has been highlighting the issue of racism throughout the tournament, taking the knee before all their matches. However, some fans have booed the gesture, with critics viewing it as an unwanted politicisation of sport and an expression of sympathy with far-left politics. 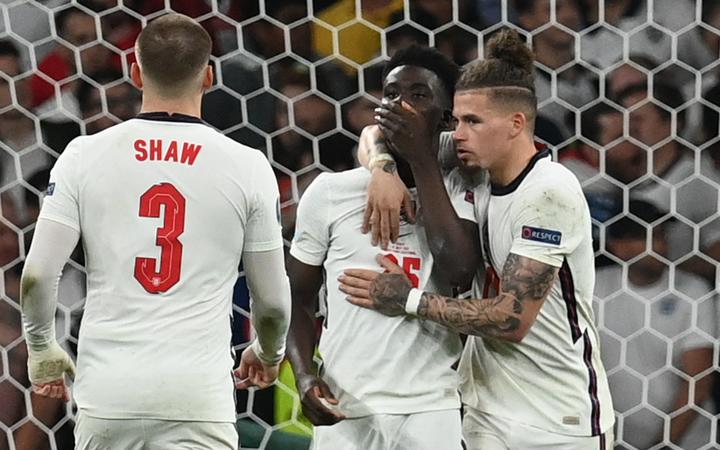 The social media feeds of the players also showed huge levels of support and gratitude from fans for the tournament.

"We're disgusted that some of our squad - who have given everything for the shirt this summer - have been subjected to discriminatory abuse online after tonight's game," the England team tweeted.

British Prime Minister Boris Johnson said the team deserved to be lauded as heroes and not racially abused on social media.

"Those responsible for this appalling abuse should be ashamed of themselves," Johnson said on Twitter.

London Police said officers were aware of the offensive and racist comments, and would take action.

"It will not be tolerated and it will be investigated," the force said on Twitter.

The issue of online abuse of players led to British soccer authorities briefly boycotting social media platforms to highlight the issue, a stand joined by other sporting bodies. Tech firms have been repeatedly accused of failing to do enough to deal with the problem.

We've issued a statement after a number of @England players were subjected to racist abuse online following the #EURO2020 final: https://t.co/B7gB180OQa

London Mayor Sadiq Khan called on social media companies to remove such content from their platforms.

"Those responsible for the disgusting online abuse we have seen must be held accountable - and social media companies need to act immediately to remove and prevent this hate," Khan said in a tweet.

Arsenal sent a message of support to their winger Saka while Rashford was backed by his club Manchester United.

"Football can be so cruel. But for your personality ... your character ... your bravery ... We'll always be proud of you. And we can't wait to have you back with us," Arsenal tweeted.

United said they looked forward to welcoming Rashford home, adding: "One kick won't define you as a player or person."