New Zealand's Chef de Mission for the Olympics is giving Tokyo the tick of approval so far. 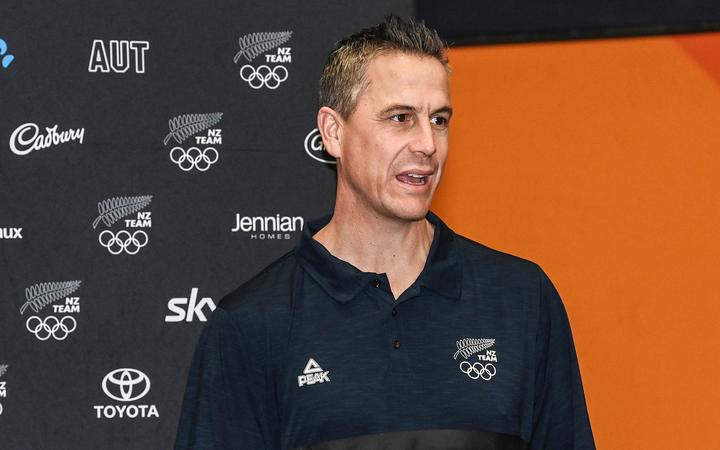 Rob Waddell and other New Zealand Olympic Committee (NZOC) staff have been busy setting up the team environment for athletes since arriving in the Japanese capital last Thursday.

While there had some delays getting through customs and into the country, Waddell said those were being addressed and they had been pleased with how their set-up was going and how the Games Village was operating.

"It's definitely a different environment to other Games experiences we've had.

"Obviously social distancing is becoming more and more clear now that more people are coming into the Village. [There is also] regular temperature checks and plexi-glass in places like the dining hall.

"But it seems to be really well respected by everyone who is here."

Set-up in the New Zealand part of the Olympic Village had included a kitchen, a gym, other strength and conditioning facilities and a team lounge, which would operate in a much different manner to previous Games.

Waddell said they would be trying hard to re-create certain aspects about the team environment from the past but mingling between athletes from different sports would be kept to a minimum.

That extended to the opening ceremony, where fans could expect to see a smaller number of New Zealand athletes than usual.

Waddell said details were still being finalised about what the opening ceremony would include, but confirmed only a limited number of New Zealand athletes would attend.

"It has historically always not been a full team.

"With the differences in time [allowed in the Village] and people coming, we don't have an exact number on that yet but it likely be a reduced contingent from what you might normally expect.

New Zealand athletes had begun arriving into Japan, with football and canoe slalom first on the ground.

The first athletes into the village would be the women's football team, arriving on July 17th.