The All Blacks record equalling 102-nil win over Tonga at Mt Smart Stadium highlighted the struggles faced by tier two nations and how uneven the playing field really was in Penrose. 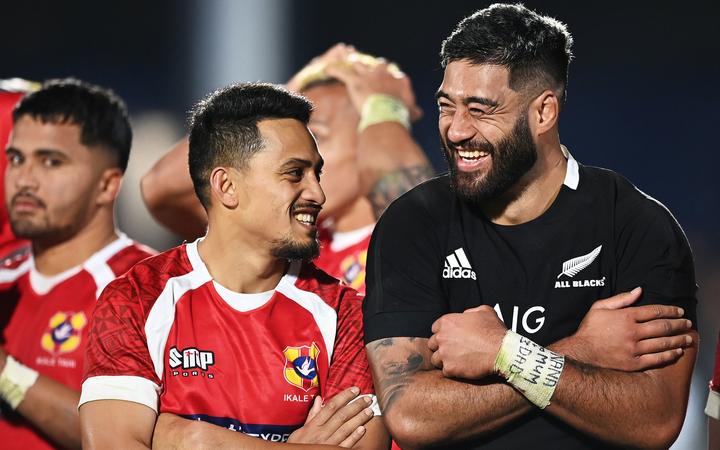 Many Tonga players had to pay for their own quarantine in New Zealand and the Ikale Tahi selected 13 debutants, some plucked from New Zealand club rugby, due to player unavailability.

The 'Ikale Tahi team drew cheers from their fans as they walked towards the All Blacks haka, but that was where the challenge ended for Tonga.

The All Blacks scored 16 tries to none against an 'Ikale Tahi side peppered with amatuer players, but who played with passion until the final whistle.

The All Blacks coach Ian Foster was frustrated by suggestions the match didn't benefit either side and was a poor look for international rugby.

"I'd like to think that we're not just going to focus on the scoreline and say this was a game that shouldn't have happened, because I think for the Tongan people it was an important game and it was equally important for us.

"In today's environment you take what you can get."

However Foster conceded it was an unfair buildup for Tonga, with Covid restrictions and World Rugby's small international window severly affecting their preparation.

The Tonga coach, former Wallabies No.8 Toutai Kefu, confirmed his players had to pay their own way through MIQ and pleaded with World Rugby to relax its eligibility rules to make it easier for players to represent their country of heritage.

He wants players to simply be able to switch from tier one to tier two nations after a three year stand down period.

Kefu said his team won't dwell on Saturday night's scoreline, but they will always remember playing for Tonga.

"Our blindside [Mateaki] Kafatolu, he's 32 making his debut, he's been playing ITM Cup for five or six years and this is his dream come true. This game he is going to remember for the rest of his life and to be able to play against the All Blacks he's going to be able to tell those stories to his grandchildren." 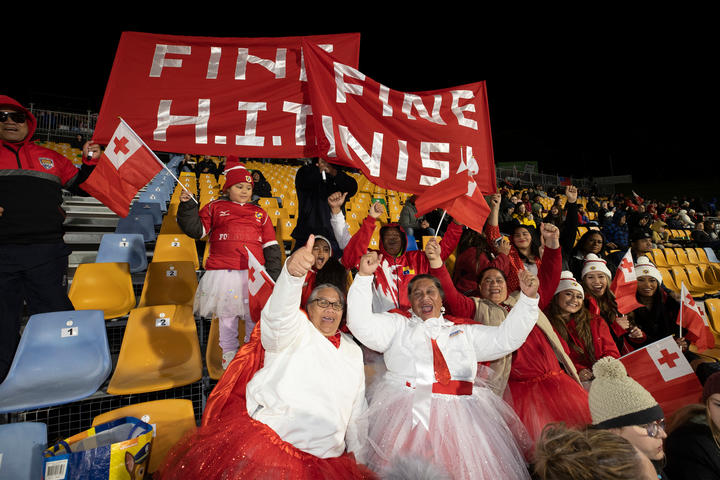 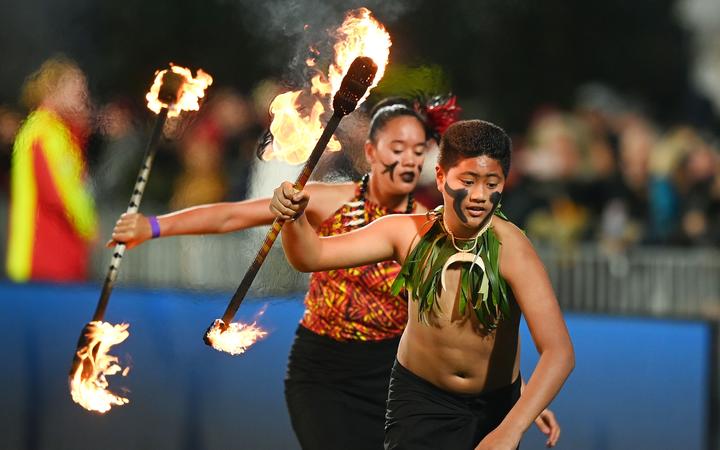 And for the 'Ikale Tahi fans the result also meant little. Simillani Talau, clad in red, spent the game dancing among a group of All Blacks supporters.

"I know the boys are no good [against the All Blacks] but I stay outside and shout, and dance, and shout [because] the love is big [for Tonga]."

The Tongan fans did their country proud, but the crowd of about 15,000 was disappointing, especially with the Māori All Blacks playing Manu Samoa in the early match, which the Māori won 38-21 to clinch their two match series 2-nil.

It's been suggested the All Blacks would get more out of playing the Māori, and while All Blacks coach Ian Foster is against the idea, the Māori coach Clayton McMillan believes it would create plenty of interest.

"We'll have to play a hell of a lot better that we've played over the last two weeks to be competitive against the All Blacks, being straight up, but when you're presented with that sort of challenge, and I've got no doubt that these guys would present a significant one, ...it's a congested window but it would be interesting, I don't think you'd have trouble selling tickets."

So a first up win for the All Blacks in 2021 and while there were tries galore, the test did more to shine a spotlight on the plight of Tonga.

The 102-nil result was the same scoreline the All Blacks won by when they played the 'Ikale Tahi in 2000, why has the gap not closed in 21 years and what needs to change to make that happen?