The words Olympic debut take on extra meaning for the latest two athletes confirmed on the New Zealand team for the upcoming Tokyo Games. 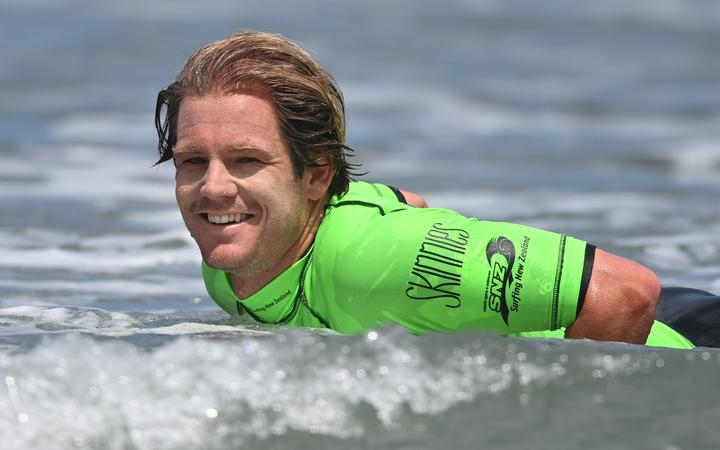 Ella Williams and Billy Stairmand will not only be making their first Olympic appearances in Japan, the duo will become the country's first ever Olympic surfers.

The sport is one of six making its Games debut in Tokyo, having been confirmed on the schedule back in 2016.

Stairmand said when surfing's inclusion for Tokyo was announced in 2016, his primary focus immediately changed.

"10 years ago I didn't think I was gonna be an Olympian and then as soon as it happened that was at the top of my goals list and I did everything I could to get here.

"I'm super proud of what I've achieved and hopefully what I will achieve over there."

A pride boosted by the battles the 31-year-old had gone through in his five-year long pursuit of Games selection.

Stairmand says having overcome a significant injury and lost his mother to cancer during that time, it's been an emotional last couple of weeks.

"I'm just getting goosebumps every time someone says you're an Olympian.

"I know for sure my mum would be super proud. We we're pretty close when I was younger and she'd be super stoked and my whole family is here today, and a few of my mates, so yeah everyone is super proud."

Especially after a wait of almost two years since she and Stairmand clinched a provisional spot for Tokyo at the 2019 World Surfing Games.

"It is pretty tough just waiting for that official call but I'm very stoked it's finally official.

"We are two and a half weeks out and I couldn't be more excited. Finally getting the uniforms today makes it feel more real."

That excitement wasn't just down to what it meant on a personal level. 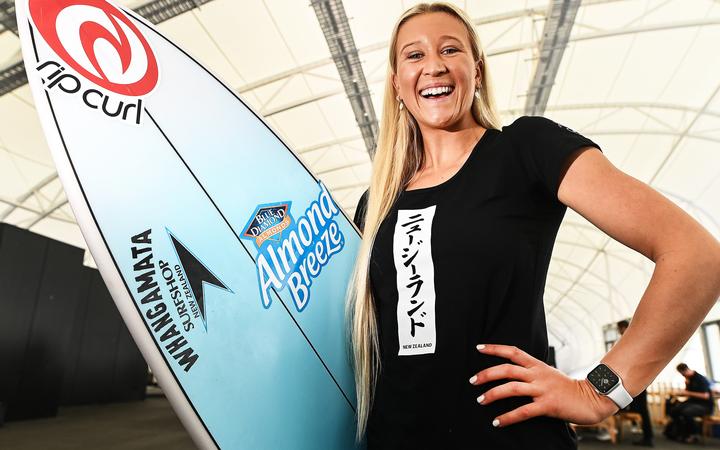 The former world junior champion said the sport's debut at the Olympics meant even more people would be able to watch and learn about surfing.

"It's such a cool sport to be in, so I hope it inspires people to get into surfing and give it a go.

"No matter what age you are you can do it and you can have a lot of fun. It's good for the mind, the body and the soul."

It was already having that affect.

Surfing New Zealand general manager Ben Kennings said the profile that came with being an Olympic sport was huge.

"We're already seeing surfing teams popping up in schools around the country, and some inland schools as well.

"We've got more interest in learn to surf programs through junior schools and intermediate schools as well.

"If you can grow that base, then you're going to get the Ellas and the Billys popping out at the top."

And Kennings said they were delighted Williams and Stairmand had emerged as New Zealand's first two Olympic surfers.

"They're always keen to do everything and they always put their best foot forward.

"They train hard in and out of the water. Surfing has probably, in the past, been notorious for just surfing but they're taking that attitude and that commitment in the water and bringing it onto land.

It's why Kennings, and the surfers themselves, were far from ruling out a medal in Tokyo.

Stairmand, in fact, not ruling out gold - despite a star-studded Olympic field.

As an eight-time national champion - and with a monumental upset of 11-time world champion Kelly Slater in Western Australia 10 years ago in his memory bank - he knew anything is possible.

"Just knowing you can beat the best, it's definitely a huge confidence booster.

Stairmand and Williams departed for Japan on July 18th, with the Olympic surfing competition to held in Chiba, around an hour's drive from central Tokyo.