The Maori All Blacks have beaten Samoa 35-10 in the first of their two game series in Wellington. 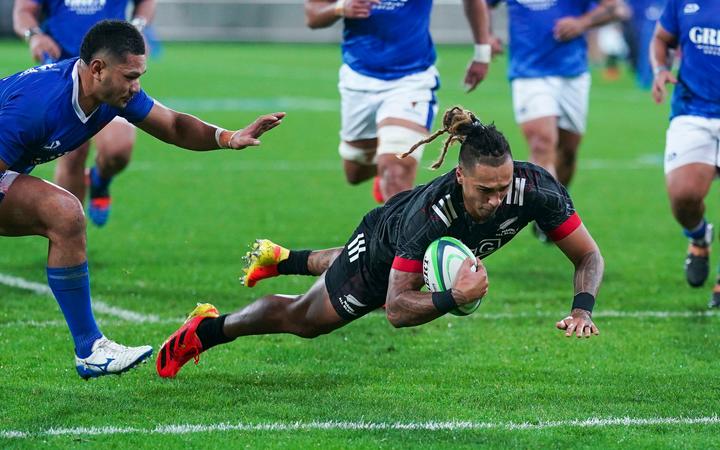 The Maori scored five tries to one and led 21-7 at half time in an empty Sky Stadium.

Shaun Stevenson touched down twice while his Chiefs team-mate Sean Wainui also scored in the first half.

Captain Ash Dixon and number eight Whetukamokamo Douglas scored second half tries, while Otere Black and Josh Ioane were perfect with the boot.

While the Maori side was stacked with Super Rugby players, Samoa featured a largely New Zealand based side featuring 11 debutants.

Despite having limited time together this week, Maori captain Ash Dixon wasn't completely happy with his side's effort.

"I think when you finish like that and put on a score like that you're always happy with it, and there was a lot of intent and endeavour in a lot of things, but I felt we missed a lot of detail. Although it was a short week, I expected more from us," Dixon said. "We're better than that."

It is the first time in two years that Manu Samoa have played and at times it looked like it, but generally coach Seilala Mapusua was happy with their first outing in a while.

"We let in a few easy tries and also we also left a few tries out there as well, but on the whole I thought it was a real positive and a lot to take away from it and I think we'll be much better for it."

The two sides meet again in Auckland next weekend before Samoa take on Tonga in World Cup qualifiers.

Mapusua expects to have a few more player options for next week with a couple of players coming out of quarantine.