The Phoenix playmaker and Mexican import Ulises Davila has been named the joint-winner of the A-League's Johnny Warren Medal.

It's the first time the Johnny Warren Medal has been shared by two players, with Davila a joint recipient along with Sydney FC midfielder Miloš Ninković. 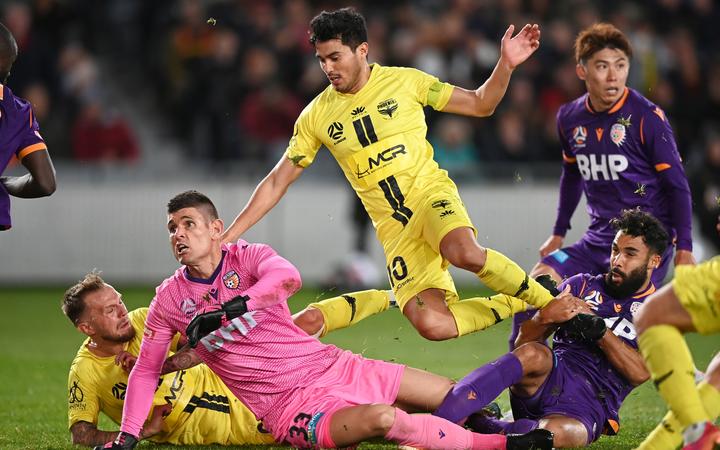 Davila was surprised by the award which comes after a challenging year for the Phoenix due to their re-location to Australia due to Covid.

"It was a tough year with many [challenges], we had to move from Wellington to Wollongong - but in the end, we tried to do our best," says Davila.

However Davila, who's been at the club for the past two years won't be back next season having signed with Sydney side Macarthur.

"Ulises did a fantastic job for us this year - and the season before as well - so he deserves recognition for his play on the field," said Wellington Phoenix General Manager David Dome.

"Ulises was able to thrive within coach Ufuk Talay's system, which catered to his strengths and allowed him to show his scoring and passing creativity - despite being the most fouled player in the A-League and a constant target by the opposition," he said.

"We wish Uli all the best for his football future and thank him for the magic he bought to the Phoenix in his two years with us."