The Tall Blacks have booked a place in the Asia Cup despite only playing half of their qualifying games. 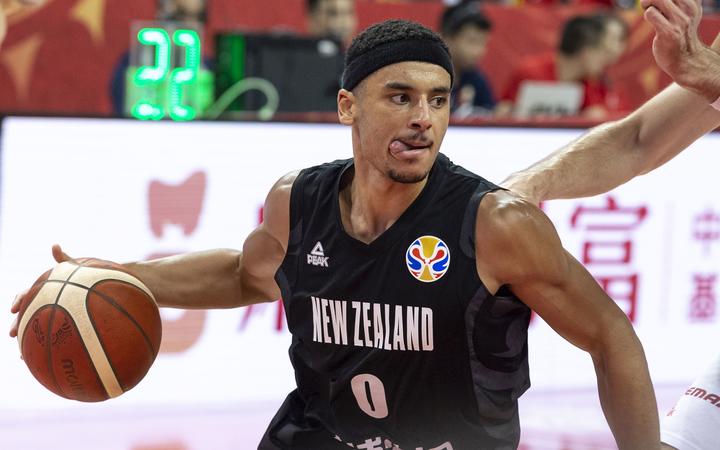 Tall Black Tai Webster could be heading to Indonesia for the Asia Cup. Photo: Photosport

International governing body, FIBA, confirmed this week New Zealand had secured one of 16 spots at the tournament in Indonesia in August.

New Zealand will be joined by the hosts as well as Philippines, Korea, China, Japan, Australia, Iran, Syria, Jordan, Kazakhstan, Lebanon and Bahrain.

Three more teams are yet to be confirmed.

Tightened Covid-19 travel restrictions forced the cancellation of the Tall Blacks qualifying series against Hong Kong, Guam and Australia in a bubble in the Philippines in February.

The game against Australia was rescheduled, with makeshift Tall Blacks and Boomers sides playing in Cairns in February, but the remaining games against Hong Kong and Guam were unable to be played.

In February, Basketball New Zealand chief executive officer Iain Potter said the organisation was in a race against time to make sure that they could find a way to get their qualifiers played before August.

However, FIBA ruled that qualification for the Tall Blacks' group would be based on the games already played - of which New Zealand had won two out of three - and as the top qualifiers the Tall Blacks and Boomers would progress.

The Asia Cup is a crucial step towards the 2023 world cup with access to the world cup qualifying tournaments dependent on results at the Asia Cup.

Basketball New Zealand (BBNZ) could not afford to send teams to all international events this year and opted to withdraw from the Olympic qualifiers to focus on getting the Tall Blacks and Tall Ferns to their respective Asia Cup tournaments.