Rain washed out an entire day's play for the second time in the World Test Championship final with the fourth day wiped out. 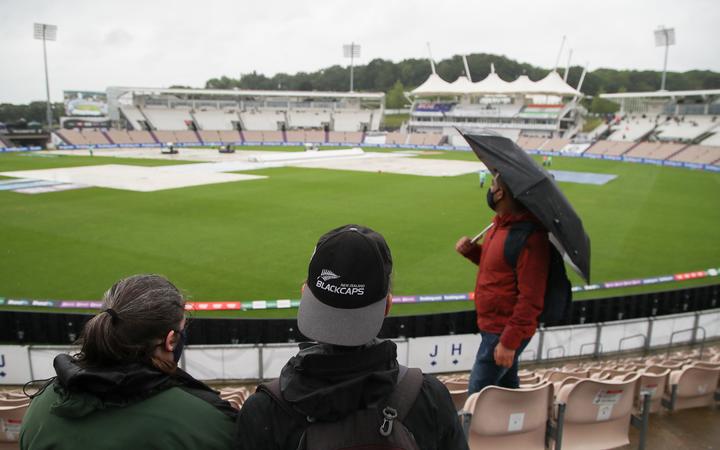 The lack of play continues to diminish the hopes of a result in the game between New Zealand and India.

Only 141.1 overs have been bowled in the match so far as the inclement Southampton weather continued to bedevil the inaugural edition of test cricket's pinnacle event.

New Zealand, who will resume on 101-2, would be particularly disappointed having taken the upper hand after their all-seam attack bowled out India for a below-par 217.

Captain Kane Williamson, batting on 12, and Ross Taylor, who is yet to score, would have expected to erase the 116-run deficit and push for a handy first-innings lead.

While the weather forecast is significantly better for the next two days, former England captain Kevin Pietersen is among those frustrated by the limited action so far.

"It pains me to say it, but a ONE OFF & incredibly important cricket game should NOT be played in the UK," tweeted the South Africa-born former test player.

Dubai, where the governing International Cricket Council (ICC) is headquartered, would have been an ideal venue for the final, he said.

"Neutral venue, fabulous stadium, guaranteed weather, excellent training facilities and a travel hub! Oh, and ICC home is next to the stadium," added the 40-year-old.

Rain had washed out the entire opening day on Friday and interrupted play over the weekend, though a reserve day is allocated to make up for lost time.

The one-off match marks the culmination of a two-year cycle of the WTC, which was launched in 2019 to give some context to bilateral test series.