The Stars have extended their lead atop the ANZ Premiership after eventually overcoming the Southern Steel in Dunedin. 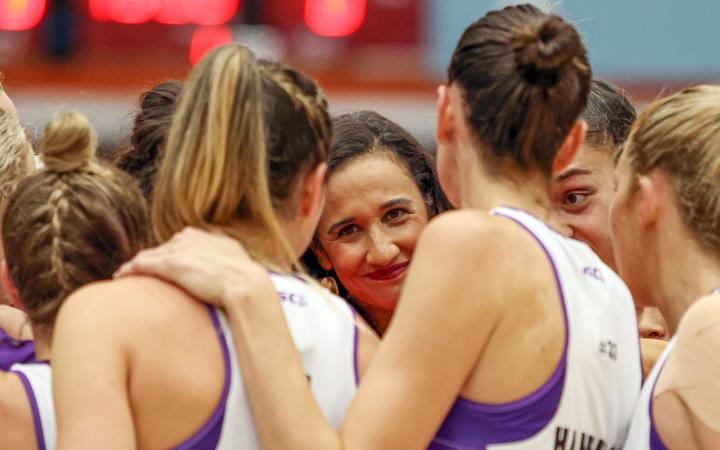 The Auckland outfit have beaten the Steel 53-43, pulling away 17-9 in the final quarter.

The Stars are now four points clear of their cross-town rivals, the Northern Mystics, who host the defending champion Central Pulse on Sunday afternoon.

The Steel, who a further three points back in third, struggled after losing influential goal shoot George Fisher to a head knock late in the third period, when the Stars led by just two goals.

Fisher collided with Stars goal defence Elle Temu and while the England international was able to walk off the court she left the venue in a wheelchair for further assessment.

Temu and Anna Harrison had made life difficult for the competition's most accurate shooter.

Fisher had landed just 22 of her 32 shots at goal, well below her 92% season average.

Stars captain Maia Wilson was also below her best with both defensive ends dominating. 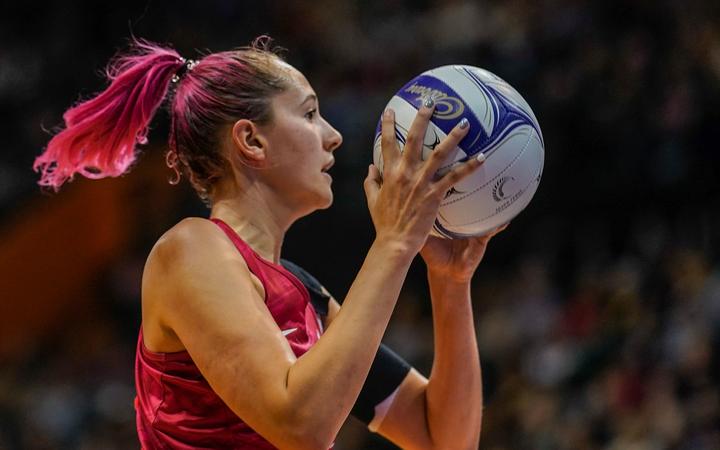 Steel shooter George Fisher was forced off the court late in the third quarter of their loss to the Stars. Photo: Photosport Ltd 2020 www.photosport.nz

Wilson eventually finished with 38 goals from 47 attempts, after seven misses in the first half.

The Steel led the Stars 10-9 at quarter time in what was the lowest scoring period of the season.

The competition leaders took charge in the second quarter, outscoring the southerners 17-12 to take a 26-22 halftime advantage.

The Steel came back into the game in the third period and briefly took the lead before Fisher was forced off the court.

The Stars scored three of the last four goals of the quarter to take a 36-34 advantage into the last 15 minutes.

Temu and Harrison limited the new shooting combination to just nine goals in the final quarter, while Wilson landed 12 from as many attempts to help the Stars deny the Steel a losing bonus point.