On the face of it water polo and netball might seem like two sports that have very little in common but multi-talented Pulse midcourter Paris Lokotui knows otherwise. 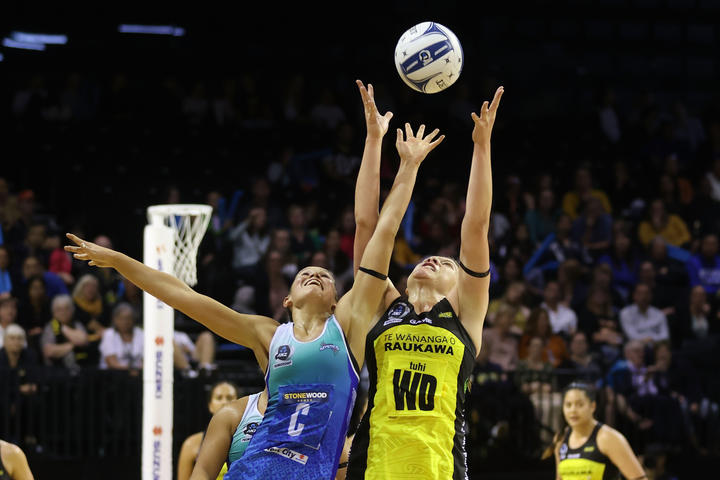 Pulse's Paris Lokotui (right) takes a pass ahead of the Mystics' Tayla Earle during the ANZ Premiership. Photo: Photosport

Lokotui had to give up water polo a couple of years ago when it got too much to fit in with her netball and basketball commitments but she's still a major fan of the sport.

"I do love watching it, going back and seeing school teams play, brings back good memories," Lokotui said.

A competitive swimmer at a young age, once Lokotui was introduced to the sport she got hooked.

"My swimming coach was a part of a water polo club in Wellington so they just brought me along to one of the trainings and I liked it. It's such a physical sport but it's super fun, there's a lot of analysis stuff as well."

It's an incredibly challenging sport physically.

No part of the body sits still during a game. You tread water with your legs, contort your body with your core, all while you're reaching, catching, and throwing.

"I was a goalie so obviously my focus was around saving the ball, my positioning was key, where my legs had to go and that was hard in itself."

It's also a sport that can be intensely aggressive where fouls are commonplace.

Lokotui said it helped her to take the physicality and heavy contacts now seen in elite netball.

"Most of the stuff happens under water so not many people see but I think that's just the passion people play with when they're playing the sport."

The 19-year-old has no doubt the sport helped her with her netball.

"I love swimming, I love the water so that in itself really helped me with my lung capacity being able to stay fit, things like that so water polo has been a big part of my overall journey in sport I guess."

It's no surprise that Lokotui exceeds at sport. Her father is former Tongan lock Lua Lokotui, who went to two Rugby World Cups. 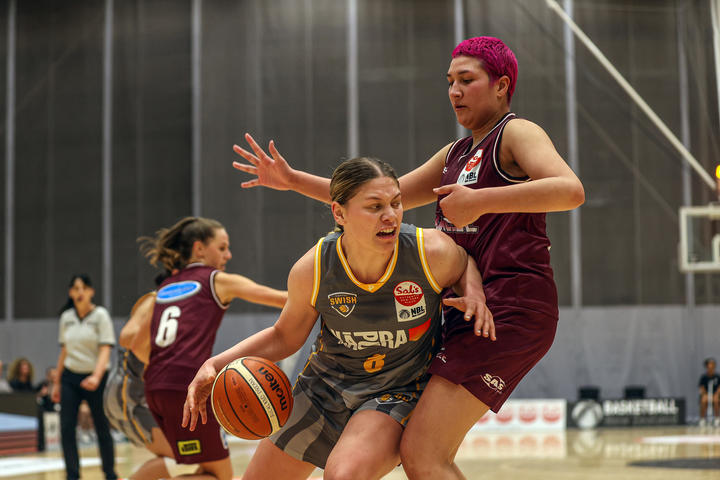 She played in last year's netball Cadbury Series for the New Zealand Under 21 side and after two seasons with the Central Manawa League team, got her first full ANZ Premiership contract with the defending champions.

The powerful midcourter has looked confident during her stints on court.

"It's been a big step up, I think the shift in intensity has really built my game and just excited to keep learning amongst the best in New Zealand."

At school Lokotui was a circle defender but not tall enough at this level, has pushed out to wing defence and said the transition had been smooth.

"When you have coaches who know the wing defence position has allowed me to really take a lot of learnings on and I'm grateful that they've been open to my questions and I'm able to pick their brains so it's a two way thing so it's pretty cool."

She's also got one of the most experienced midcourters to learn off in captain Claire Kersten.

"I think for her to step up into the captaincy role has really allowed her to thrive in a position where she's able to give more than just what she does on court so being able to pick her brain as well is really important and it's growing my game, from experienced people like herself."

Lokotui is still playing basketball at a very high level. Last year the Victoria University student was part of the Capital Swish team in the NBL league and hopes to play again later this year.

"Thankfully the basketball season is after ANZ Premiership so hopefully I can be a part of a team whatever that looks like ...just having some fun with that."

It's impossible for Lokotui to pick her favourite sport.

"Aahh ...I wouldn't say a favourite but at the moment I love what I'm doing, I love playing netball and I love being around the girls ...hopefully I can pursue it longer."

The Pulse sit fifth on the ladder and meet the second placed Northern Mystics in Auckland on Sunday desperately needing a win.