The next step on a path taken by UFC champion Israel Adesanya has arrived for Navajo Stirling. 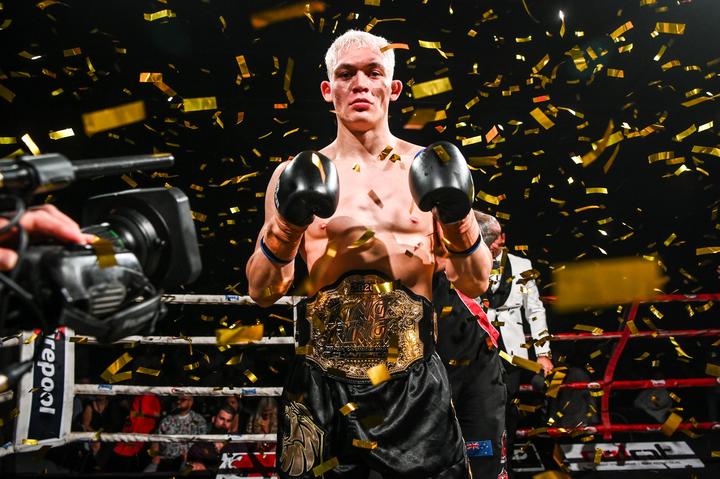 Crowned the King in the Ring 92kg champion in December, Stirling would attempt to add the 100kg title when the latest edition of New Zealand's premier combat sports event was held in Auckland on Saturday night.

Success would mean the 23-year-old joining middleweight world champion Adesanya and fellow Kiwi UFC fighter Carlos Ulberg as the only two-weight champions in the history of the eight-man elimination tournament.

But the similarities didn't end there.

Adesanya took a similar journey from Whanganui early in his career, before rising to become one of the sport's most dominant and entertaining champions.

Ahead of his tilt to be a two-time King, Stirling said the move had already proved fruitful.

"For the past few months I've been sparring with a murderer's row of champions including Israel, Carlos, Blood Diamond (two-time KITR winners) and Davor Matarugic (former 92kg champion).

"It's great to have so many highly skilled big guys to learn from and sharpen my tools."

The City Kickboxing coaches had also been key to that progression for Stirling, who hoped to eventually join his new team-mates in the UFC.

"Doug's great, he's no nonsense in his approach and has really sharpened up my hands, which I plan on putting on display."

Along with event favourite Stirling, six current or former national champions would be featured in Saturday night's edition of a tournament which had helped propel former winners Adesanya, Ulberg and Dan Hooker into the UFC.

Included in that group were three-time finalist Nato Laauli and former world champion Pane Haraki, who had 38 and 37 professional bouts, respectively.