Seven New Zealand swimmers will make their Olympic debut at the Tokyo Games, with the team headlined by Wellington's Lewis Clareburt. 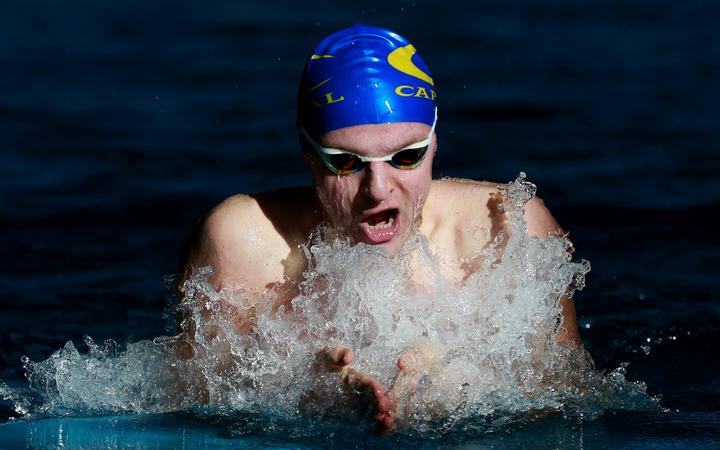 All seven will be competing at their first Olympics.

Clareburt is the most decorated swimmer, winning bronze medal in the Men's 400m individual medley at the 2019 FINA World Championships.

"I'm so stoked to finally be named after what has felt like a never ending campaign," said Clareburt.

"It's a really difficult challenge to get to the Olympic Games so I'm extremely proud to be a part of the New Zealand Team for Tokyo along with my six teammates on the swim team. Now it's time to fine tune our craft and get the job done!"

The New Zealand record holder lowered his Olympic entry time in the 400m IM this year, which not only broke the New Zealand record, but also broke an Oceania record, currently placing him third in the world rankings. Clareburt also qualified and will race in the 200m distance IM.

17-year-old Erika Fairweather will be one of New Zealand's youngest Olympians. The Dunedin Kavanagh College student says she's thrilled to be heading to her first Olympics.

"The feeling of making my first Olympic team is still so surreal. I've worked so hard for this moment and it is all coming together - it's so exciting!" said Fairweather.

"Representing New Zealand and wearing the fern at the Olympic Games is a dream I've had for as long as I can remember, so words don't really do this feeling justice."

Fairweather competed in the 2019 FINA World Championships and was the youngest swimmer (age 15 at the time) to make top 20 for the 200m and 400m Freestyle distances.

New Plymouth based swimmer Zac Reid is a middle-distance swimmer who will swim in the 400m and 800m Freestyle events.

Backstroke swimmer, Ali Galyer is based in the US after graduating from University of Kentucky in Lexington last year. Ali first represented New Zealand at the 2018 Pan Pacific Championships in Tokyo, finishing 8th in the 200m Backstroke.

It was the following year, at the 2019 FINA World Championships in South Korea, where Ali made the semi-final in the 200m Backstroke event, and she clocked a qualification time for Tokyo 2020. Ali will also swim the 100m Backstroke event in Tokyo.

The seventh member of the team is Auckland based swimmer, Carina Doyle, who will join the New Zealand team to swim in the Women's 4 x 200m Freestyle Relay alongside Eve, Ali and Erika.

New Zealand has won a total of 8 Olympic medals in swimming. The last medals brought home were by Danyon Loader from the Atlanta 1996 Olympics where he won two gold medals - one in the 200m and another in the 400m Freestyle events.

Swimming New Zealand Targeted and Athlete Coaches Manager Gary Francis has been appointed Team Leader of the swimming team for the Tokyo Olympics. Lars Humer will be the Head Olympic Coach.