Latest - A famous Finland victory in their first game at the finals of a major tournament was eclipsed by near-tragedy when Denmark midfielder Christian Eriksen collapsed during their Euro 2020 match and required emergency medical treatment on the pitch. 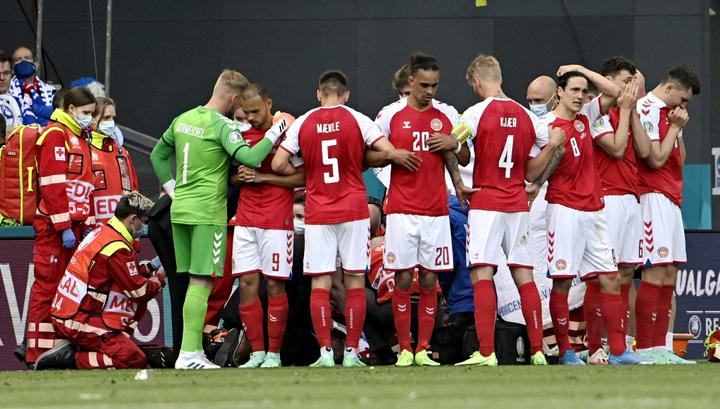 EURO 2020 football tournament group B match Finland versus Denmark at the Parken Stadium in Copenhagen. Christian Eriksen of Denmark collapses during the game and was given cardiac treatment before being taken to hospital. Photo: Copyright reserved

The Finns went on to win their Group B opener 1-0 thanks to a Joel Pohjanpalo goal, but the game will go down in history as the night the collpase of one of Denmark's greatest playmakers threw the footballing world into shock for over an hour.

Having dominated the game for the opening 42 minutes, the 29-year-old collapsed as Denmark took an innocuous throw-in, sinking to the ground with his eyes open.

His team mates Joakim Maehle, Thomas Delaney and Martin Braithwaite beckoned for assistance and Eriksen was given CPR by a medical team as the Danes formed a ring around him before he was carried off on a stretcher and both teams left the pitch.

The game was stopped for a prolonged period, the crowd's stunned silence only breaking when it was revealed that Eriksen, who plays for Inter Milan, had been transported to hospital.

The Finnish fans began chanting "Christian" and the Danes responded with "Eriksen" as the 16,000 in attendance waited for more news, and to see if the game would be resumed.

Further good news that Eriksen was conscious and communicating was announced to jubilation in the stadium, but when the idea of restarting the game was floated it came form a most unlikely source - Eriksen himself.

"We have been in contact with him, and the players have spoken with Christian. That's the good news. He is doing well and they are playing the match for Christian," Danish FA director Peter Mueller said.

Belgium eased to a comfortable 3-0 victory over Russia with two goals from Romelu Lukaku and one from Thomas Meunier to confirm their status among the European Championship favourites.

The Belgians, top of the FIFA rankings, went ahead after only 10 minutes through Lukaku and doubled the score before the break through Meunier.

Lukaku scored his second of the night two minutes from the end -- extending his record tally for his country to 62 goals.

Belgium's obvious superiority was evident throughout the Group B encounter in St Petersburg, and victory for Roberto Martinez's team came without Kevin De Bruyne, out with injury, and only a cameo substitute appearance from captain Eden Hazard, another of the team's talismans.

Belgium go to the top of the group standings, ahead on goal difference from Finland, who upset Denmark 1-0 in Copenhagen earlier on Sunday.

South Africa's fast bowler Kagiso Rabada took five wickets as they cruised to victory over West Indies by an innings and 63 runs before lunch on day three of the first test in Saint Lucia.

West Indies followed their paltry first innings score of 97 by being bowled out for 162 in reply to South Africa's 322, as the tourists' seamers took advantage of a helpful wicket that had variable bounce and plenty of seam movement.

Roston Chase, batting in an unfamiliar number four position, top-scored for the home side with a well-played 62, before he was bowled by left-arm spinner Keshav Maharaj (2-23). No-one else managed more than 14 in the innings.

Rabada returned figures of 5-34 in West Indies' second innings after fellow seamer Lungi Ngidi impressed with 5-19 in the first.

American import EJ Singler has powered the Canterbury Rams to a 103-85 national basketball league win over the Taranaki Airs with an impressive personal score line. 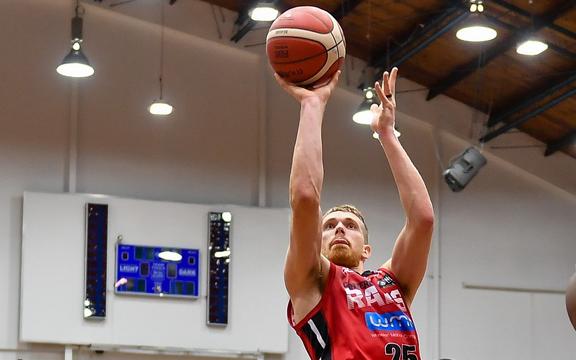 Singler scored 41 points on 16-of-16 shooting which included 25 first-half points.

He also hauled down seven rebounds, as well as recording nine assists and three steals for the game.

It was a game to remember for Singler - his full shooting effort included 10-of-10 from inside the arc, six of six from beyond the arc, and three from four at the foul line.

In the later game, second-placed Saints notched up their eighth win of the season, beating the Manawatu Jets 100-77 in Wellington.

Kerwin Roach backed up his 14 points with some impressive work on the defensive boards, picking up 11 rebounds.

For the Jets, Daishon Knight led the way with a game-high 25 points.