The England lower-order has frustrated a new-look Black Caps side on day one of the second cricket test at Edgbaston. 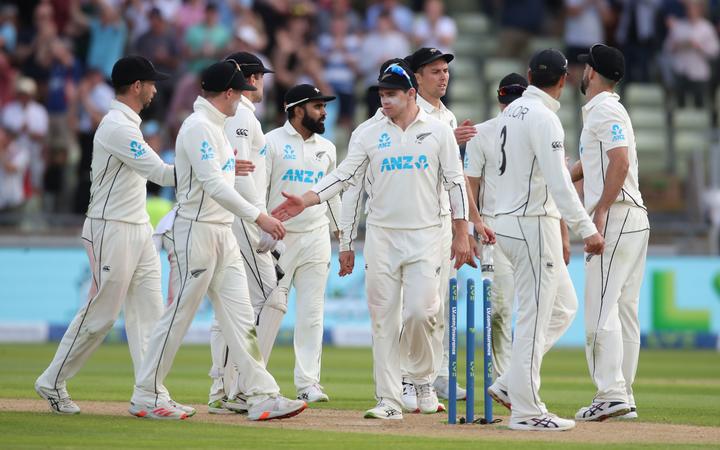 The English have reached 258 for seven at stumps after struggling at 175 for six shortly after tea.

Dan Lawrence is unbeaten on 67, while Mark Wood is 16 not out, with the pair having put together an unbroken 36-run partnership.

Lawrence earlier shared in a 47-run stand for the seventh wicket with Olly Stone.

Trent Boult, Matt Henry and Ajaz Patel have taken two wickets each for the Black Caps on their returns to test cricket.

The trio were three of half a dozen changes to the New Zealand XI from the first test at Lord's.

Boult and Henry took the new ball in place of Tim Southee and Kyle Jamieson, who were given a chance to "freshen up" for next week's World Test Championship final, while Daryl Mitchell replaced Colin de Grandhomme as the Black Caps' all-rounder.

Captain Kane Williamson (elbow), wicketkeeper BJ Watling (back) and left-arm spinner Mitchell Santner (finger) were ruled out before the toss through injury and replaced by Will Young, Tom Blundell and Patel.

"Really proud of the guys who stepped into the roles and performed well today," Jurgensen said. 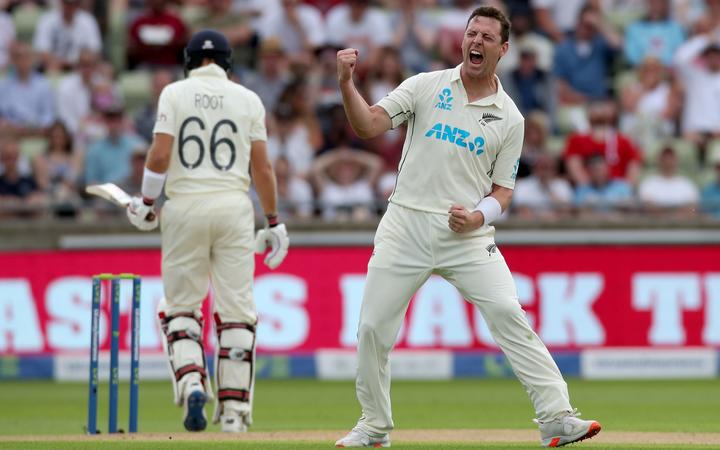 "Overall I was really pleased as a bowling unit how we performed and seeing how they all got on on the field too. The communication between them all was really good.

"Wicket...there's not a lot of green grass on it so a bit of a tough day for the boys in the dirt so to take seven wickets on day one and England score just over 250 so really happy with the start."

First test century maker Rory Burns top scored for England with 81 and he and Dom Sibley guided the hosts to 67 without loss at lunch after Joe Root won the toss and decided to bat first.

Shortly after the adjournment Henry removed Sibley for 35 and Neil Wagner dismissed Zak Crawley for a duck in the following over.

Henry then had Root caught behind for 4 to leave England 85 for three.

"We did some really good work I thought in the first two hours. We beat the bat I think it was seven times and had some close calls and maybe a bit of luck went our way," Jurgensen said.

"All of a sudden the cloud's come over, there was a little bit of swing on offer and I thought Matt Henry and Neil Wagner got those breakthroughs.

"The conditions in England can change quickly all the time and I think that was certainly a real turning point in the day just after lunch." 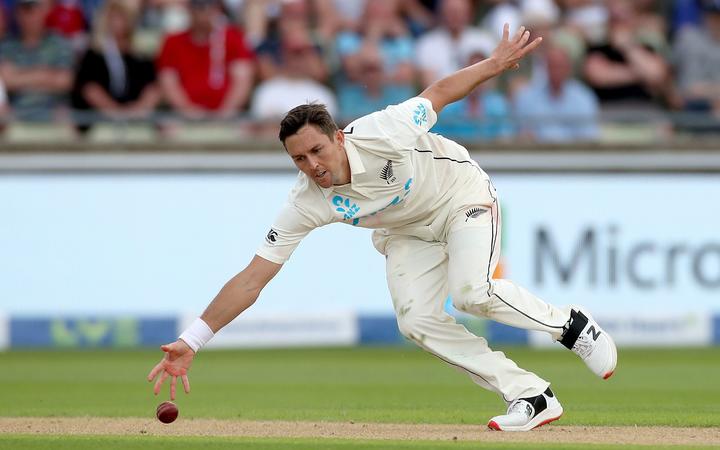 Patel picked up his first wicket in the middle session, dismissing Ollie Pope for 19 before Burns and Lawrence guided England through to 152 for four at tea.

Boult struck in back-to-back overs at the start of the final session, removing Burns for 81 and James Bracey for a golden duck.

"Great to see him back playing test cricket and he certainly was a challenge for the England batters," Jurgensen.

"He's pulled up okay initially. We'll find out how he is tomorrow,.

"He certaintly started to cramp up a bit at the back end of the day because he hasn't experienced anything like this in a while. He's just been playing T20 cricket obviously in the IPL."

"It was probably one of the more memorable days I've had in test cricket during my privileged role being an international cricket coach," Jurgensen said.

"Some of us might be remembering the songs that they were singing well into tonight because they didn't stop all day."