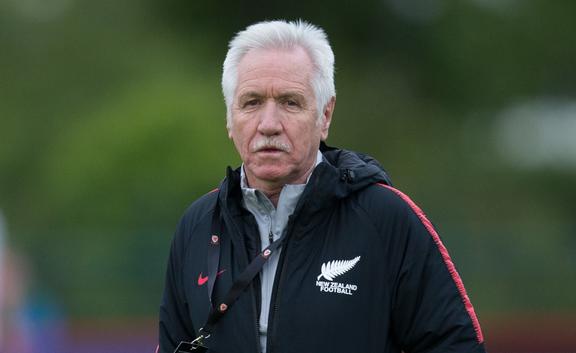 After joining for an initial nine-month contract in October 2018, the former USA Women and Australian Matildas coach Sermanni led the Ferns at the 2018 OFC Women's Nations Cup, FIFA Women's World Cup 2019, Algarve Cup 2020, and to stand-out friendly wins against England and Norway over the last two and a half years.

The Football Ferns will face USA, Australia and Sweden in Group G at the Tokyo Olympics football tournament.

New Zealand Football ceo Andrew Pragnell said Sermanni's replacement would be appointed for the long-term project of developing the Football Ferns ahead of the home FIFA Women's World Cup in 2023 and beyond.

"I want to thank Tom for the outstanding job he has done as Ferns coach," Pragnell said.

"It is fair to say that Tom joined us in a difficult period, but he has worked with the team to rebuild the spirit and togetherness of the side under his stewardship."

Warriors prop Bunty Afoa has re-signed with the Warriors until the end of the 2023 NRL season. 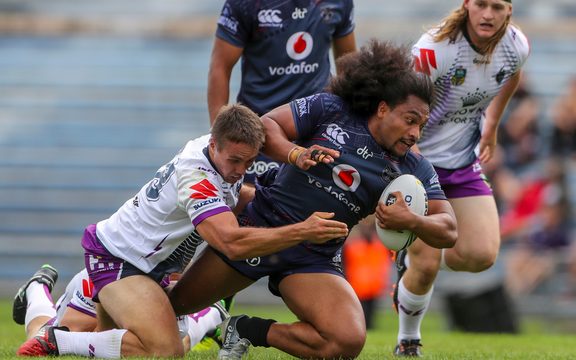 The new two-year deal leaves the 24-year-old St Paul's College product on track to graduate to the Warriors' 100-game club.

Named on the bench to face Melbourne in Sunday's 14th-round clash in Gosford, Afoa will lift his career tally to 76 appearances since his debut in 2016.

The new contract is reward for Afoa after making a successful comeback from a devastating ACL injury which ruled him out for the entire 2020 season.

Warriors recruitment manager Peter O'Sullivan said: "He's at an age and with the number of NRL games played that he becomes an invaluable squad member.

"It was important as a born and bred Warrior that he extended his tenure with us."

Louis Fenton is returning for a ninth season with the Wellington Phoenix. 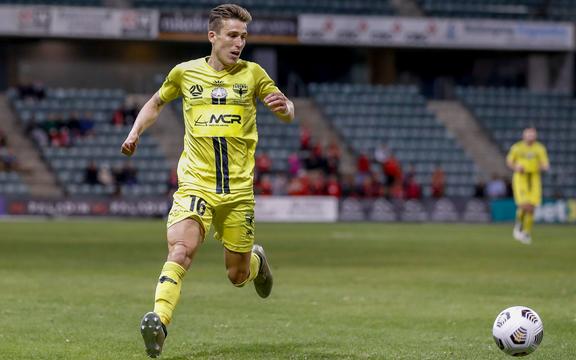 The right back has re-signed with the A-League football club for the 2021/22 campaign.

Fenton has made 137 appearances for the Phoenix, which ranks him sixth on the club's all-time list.

He appeared in 23 matches this season, scoring two goals and providing assists for two others.

"I'm a Wellington boy and I've been at the club for a while now - so the longer I stay at the Phoenix the prouder I am, as I understand how tough it can be to stay with one club for so long," Fenton said.

Salesi Rayasi will stay at the Hurricanes for at least another two years. 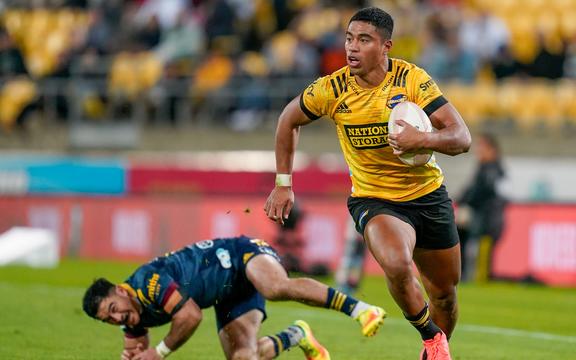 The New Zealand sevens rep spurned the opportunity to chase an Olympic dream at Tokyo this year in order to continue playing for the Hurricanes in Super Rugby Trans-Tasman.

"To stay here at the Hurricanes, it just feels the right thing for me to do," Rayasi said.

"I've enjoyed myself from the moment I arrived at the club and I want to be part of this squad moving forward. We have a lot of competition for the wing spots at the moment and that's proving to be really exciting for all of us."

New South Wales have recorded their biggest win in State of Origin history. 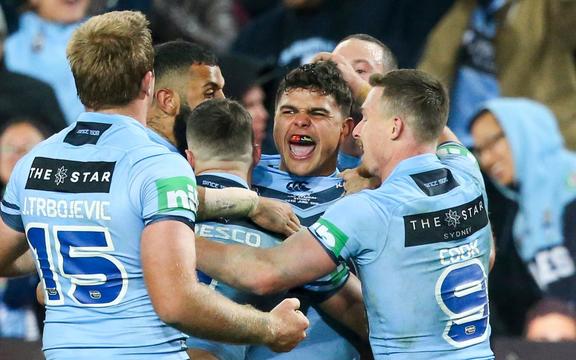 The Blues have scored 30 unanswered second-half points to beat Queensland 50-6 in game one in Townsville.

Tom Trbojevic scored a hat-trick of tries for New South Wales, while Brian To'o and Latrell Mitchell also bagged doubles in the eight try to one rout.

The Blues converted all of their tries with halfback Nathan Cleary finishing with a 16 point haul.

Game two of the three match series is in Brisbane at the end of the month.

Rafa Nadal has dropped a set at Roland Garros for the first time in two years but roared back to beat 10th seed Diego Schwartzman 6-3 4-6 6-4 6-0 and storm into the French Open semifinals. 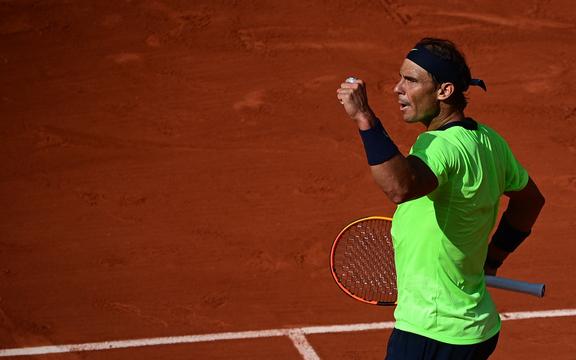 Schwartzman ended Nadal's run of 36 consecutive sets won at Roland Garros, dominating the longer rallies with well-constructed points and the match was evenly poised at 4-4 in the third set when third seed Nadal converted a crucial break point.

Schwartzman ran out of energy in the fourth as Nadal dispatched him with a clinical performance, the defending champion sending a flurry of winners past the tiring Argentine.

Nadal, 13-times champion at Roland Garros, will next play either top seed Novak Djokovic in the final.

Sakkari, the world number 18, will take on unseeded Czech Barbora Krejcikova for a place in this weekend's final.

Krejcikova reached the semi-finals of the French Open on her fifth appearance in a Grand Slam main draw as she beat a nervy Coco Gauff 7-6(6) 6-3. 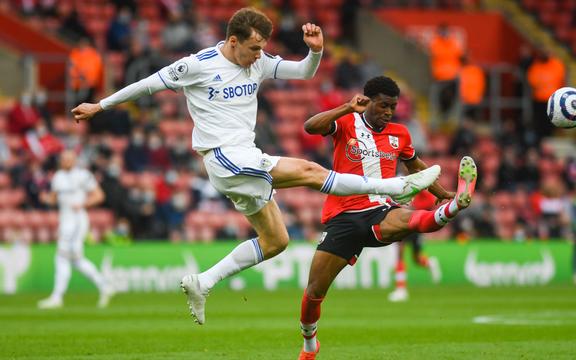 Following Busquets' positive test at the weekend, Spain's players have been in isolation and only able to train on an individual basis - with their first game just three days later.

Other first team players must keep training alone until Friday at the earliest, a team spokesperson said, in a taxing buildup for Spain to the game in Seville.

Sweden have also been rocked by two players - Dejan Kulusevski and Mattias Svanberg - testing positive. Scotland also had a positive case ahead of the 24-team tournament, which begins on Friday when Italy host Turkey.

The six English Premier League clubs that tried to form a breakaway European Super League will pay a combined 22 million pounds ($43 million) as "a gesture of goodwill" and face a 30-point deduction if they attempt a similar move in future. 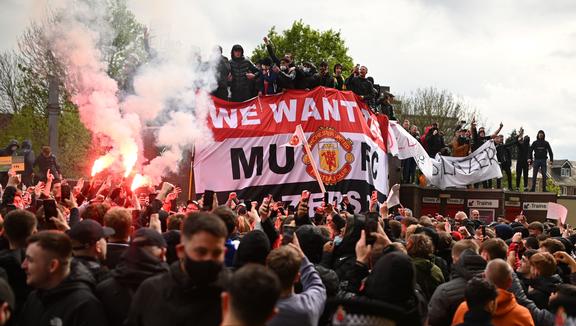 Arsenal, Chelsea, Liverpool, Manchester City, Manchester United and Tottenham Hotspur will also each be fined 25 million pounds if they attempt another breakaway.

The 22 million pounds collective payment by the 'Big Six' will go towards "the good of the game", including new investment in support for fans, grassroots football and community programmes.

"The Premier League and The FA have worked closely together throughout this process and this agreement brings both investigations into the matter to a conclusion," the league said https://www.premierleague.com/news/2167982?sf246616763=1.

The Super League was launched with 12 clubs as founding members, but nine of them -- six from England and AC Milan, Inter Milan and Atletico Madrid -- have since backed out and reached a deal with UEFA.